Back in the day, Tony Hawk games were all the rage with tremendous sales, which of course led to some pretty sizable royalty checks to the legendary vert skater. 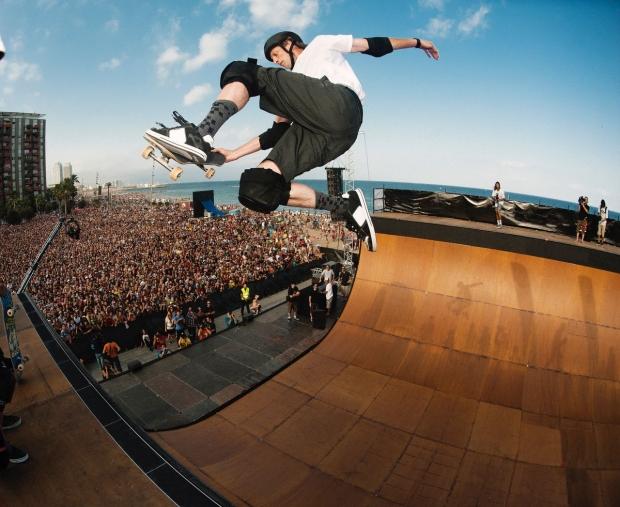 In an older 2018 interview with skater show The Nine Club, Tony Hawk discusses how his life changed forever after receiving a huge $4 million royalty check from Activision, and also talks about why the games are so MIA.

In 2002 before Activision made Tony Hawk 4, a studio rep sat down with the halfpipe master and handed over a substantial amount of cash. "He's like, 'here's what's happening, we're releasing a fourth game, and the last three are still in the top 10 of sales.' One of them was going into classics mode, where they sell it at a lower price but at way more volume. So he's like 'things are so much bigger than you've ever thought.'

"Then he handed me a check for four million dollars. It was my annual royalty. I could tell when he was saying it, it was leading up to something big. I was like 'cool, I might get a million dollars' and then he just slides the check over."

That was just the first check. Tony Hawk earned an estimated $6 million in royalties a year afterwards, much of which he donated to his youth foundation.

So if the games were doing so well, what happened? Hawk says that EA Skate changed the playing field, and eventually shooters just took over dominion over the market.

"It was tricky to reinvent the wheel every time. And then once EA Skate came out with a different control scheme, it split the market. And then we both had a good run, but I think by then both companies were like we're fighting for a smaller piece of the pie and that's why they're not happening. The market became so diluted and it just became shooters, and then that was it, that was the monster, and no sports games are really going to infiltrate that."

Right now Activision has yet to renew Tony Hawk's contract so there probably won't be any more games any time soon, especially after the commercial failure of the fifth game. Activision is currently doubling-down on online-based games, of which Call of Duty is firmly cemented as its billion-dollar breadwinner.