If you are a Lord of the Rings fan and enjoy real-time strategy games, then keep your eyes on this fan project as it's glorious.

The team at BFME REFORGED (Battle For Middle-Earth Reforged) has posted a new video showcasing their work on re-making the classic real-time strategy title in Unreal Engine 4. The above video reveals Isengard in all its glory, and as the commentator explains, "The fortress is initially made of stone and iron. However, and as Isengard grows in might, it can improve the fortress using its resources to make the it even more resilient to damage with the Obsidian Defence upgrade."

If you have never heard of Battle for Middle Earth it's an old real-time strategy title that was released back in 2004. Since then, EA has lost the rights to Lord of the Rings content and discontinued the BFME, and the sequel. At the moment, it's almost impossible to buy, unless you get second hand or pay a jacked-up price. BFME REFORGED doesn't have a release date yet, but the team is hard at work bringing the multiplayer over to Unreal Engine 4. For any more updates on BFME REFORGED, check back here. 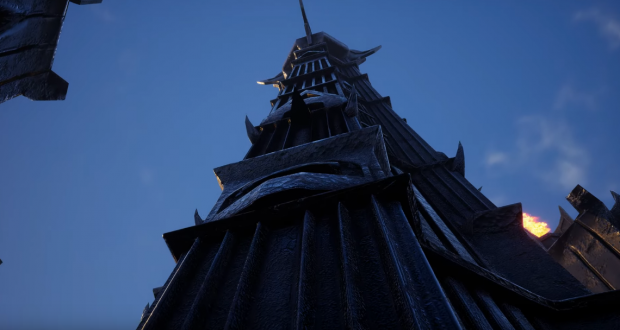