Birds of Prey have just released, and what better way to promote the movie than add Harley Quinn into one of the most popular games ever made?

Fortnite players will soon have mayhem on their hands as it has been discovered that Harley Quinn will be arriving as a playable character. The news comes from a known Fortnite news leaker, Lucas7Yoshi, who posted the above tweet showcasing what the character is going to look like.

According to the post, Quinn will be available in the Item Shop as a purchasable skin that will also have flag upgrade quests. Rumors are pointing towards Quinn being added on February 6th to go alongside the launch of Birds of Prey. It's most likely that the purchasable skin will cost around 1,500 V-Bucks. In the entirety of this article, you can find a list of challenges for Harley Quinn. 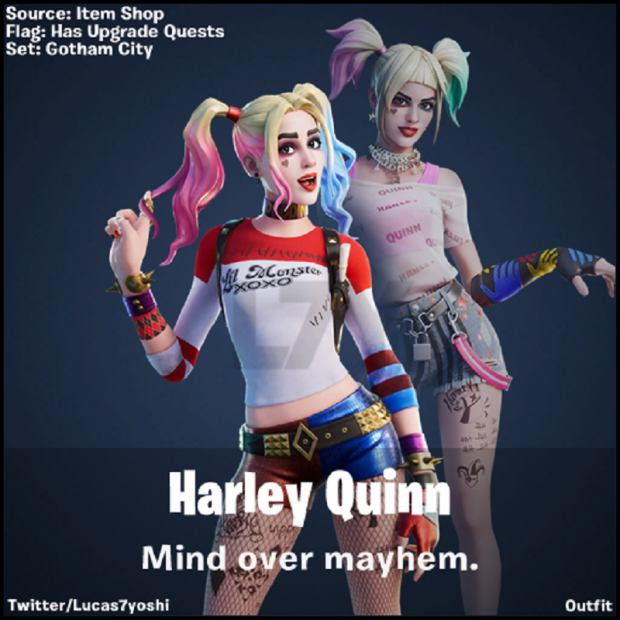