Tencent wants to buy Conan Exiles developer Funcom, and the developers wholeheartedly agree with this proposition. 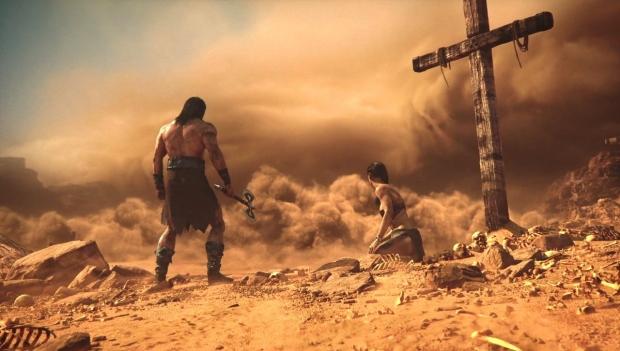 Tencent wants to wholly-own Funcom, and it just put in an offer to buy every share from Funcom's current investors. Funcom is excited about the opportunity and has urged investors to sell their stock. Tencent is currently offering roughly 326.04 million Norwegian Krone ($36 million) to complete the buyout, which is over 27% of the current share closing price.

If bought it, Funcom will retain full independence and no staff re-organizations will happen, similar to the seamless operations of Riot Games and Path of Exile developer Grinding Gear Games.

Funcom will have tremendously backing from the games industry's most potent billion-dollar force to make its future games, including a new IP based on Frank Herbert's sci-fi Dune series.

"We have had a great relationship with Tencent as our largest shareholder so far and we are excited about this opportunity," says Funcom CEO Rui Casais.

"We will continue to develop great games that people all over the world will play, and we believe that the support of Tencent will take Funcom to the next level. Tencent will provide Funcom with operational leverage and insights from its vast knowledge as the leading company in the game space."

Whether or not the buyout goes through depends totally on current Funcom shareholders.