Nintendo just filed a new patent that's basically a stumpy 3DS stylus attached to a JoyCon rail...and it looks rather unwieldy to hold. 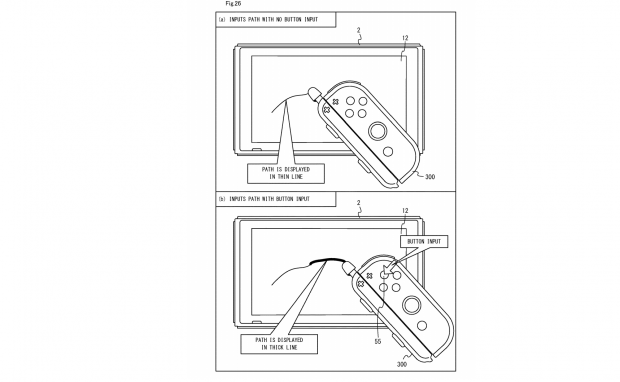 The documents are pretty straightforward and clearly illustrate the device's functionality. The peripheral simply a rounded touch pen stylus fused to the top of a slide-on JoyCon. Its use case is touch-compatible games like Mario Maker 2 and Darkest Dungeon, as well as menu navigation and possibly other unannounced Switch games, possibly including a new Mario Party, Mario Paint, or 1-2 Switch gimmick release.

The proposed touch pen would fully utilize and communicate with JoyCon's internal sensors, which include gyroscopic tracking, vibration, and accelerometer for immersive game interaction. 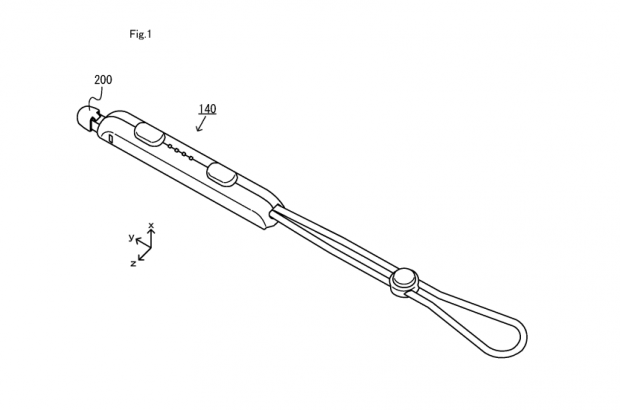 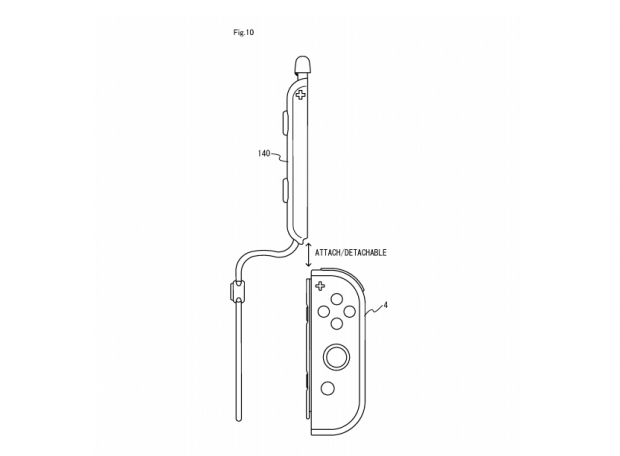 For example, pointing the stylus on the Switch's screen could make the controller vibrate. Gamers could also hold down a JoyCon button and increase the thickness in a drawn line in a paint app.

Although the idea sounds great, the execution seems off. The Switch already has a stylus and something like this needs to be more...well...hand-friendly.

Remember this is just a patent and doesn't indicate a final product. Patents are filed all the time and never actually used or released in new hardware.

Then again Nintendo did say it wants to keep experimenting with weird controller designs.

"We are proud to have created a variety of user interfaces that have now become industry standards," Shigeru Miyamoto said in a July 2019 Q&A session.

"At the same time, I also believe that we should quickly graduate from the current controller, and we are attempting all kinds of things. Our objective is to achieve an interface that surpasses the current controller, where what the player does is directly reflected on the screen, and the user can clearly feel the result. This has not been achieved yet. We have tried all kinds of motion controllers,but none seem to work for all people.

"As the company that knows the most about controllers, we have been striving to create a controller that can be used with ease, and that will become the standard for the next generation."