Samsung has just moved around some of its management in the weeks before the launch of its new Galaxy S20 range of smartphones, promoting Roh Tae-moon to run its mobile business. Roh Tae-moon previously led the development of the Galaxy range of smartphones, with Samsung tapping Roh to "present fresh strategies and revitalize the organization". Until now, Roh was the development manager in the Galaxy division of Samsung and was a large part of their outsourcing efforts.

Samsung has more competition than ever before, having to battle both Apple and Huawei in various markets but now it will see Roh, at 52 years old, being the youngest president at Samsung. 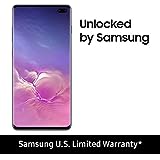