Android 11 has been spotted running on a Pixel 4 smartphone, with Google's new mobile operating system caught in a Geekbench result. 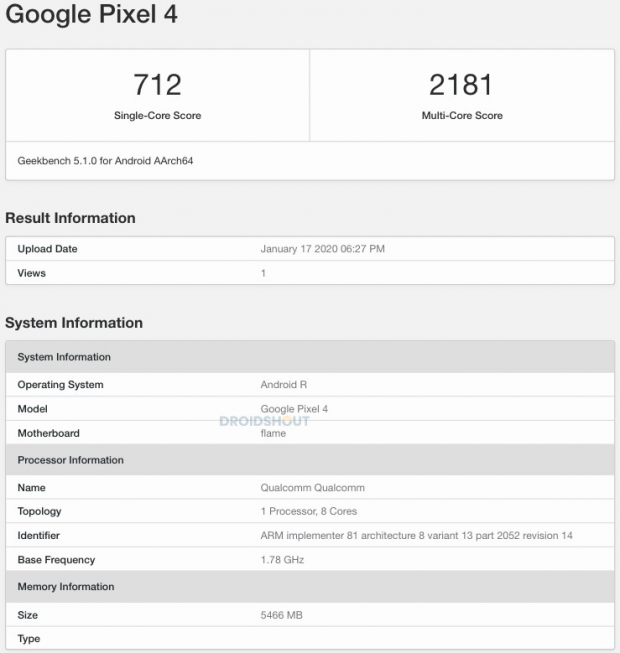 We don't know exactly what to expect with Android 11 right now, but we do know that Android 11 will be capable of creating video files that are bigger than 4GB. This might not be useful for many people, but with more and more smartphones packing more insane cameras -- shooting 4K 60FPS, and even Samsung's new Galaxy S20+ and S20 Ultra shooting 8K 30FPS, it'll be very useful.

Not only that, but Android 11 will also let users store IDs on their smartphones, paving the way for all-digital drivers licenses, and more. Google will be including a nifty 'low power' mode that will power the smartphone for enough time to show your ID.

Android 10 hasn't even been pushed onto that many smartphones as of mid-January 2020, with most people still using Android 9 as their OS. We should expect Google to unveil the Android R Developer Preview in the next few months, and then the full push when the company unveils the next-gen Pixel 5 smartphones later in the year.