The PS5's DualShock 5 controller may be compatible with current-gen PS4 consoles, ushering in a new era of forward- and backward-compatibility. 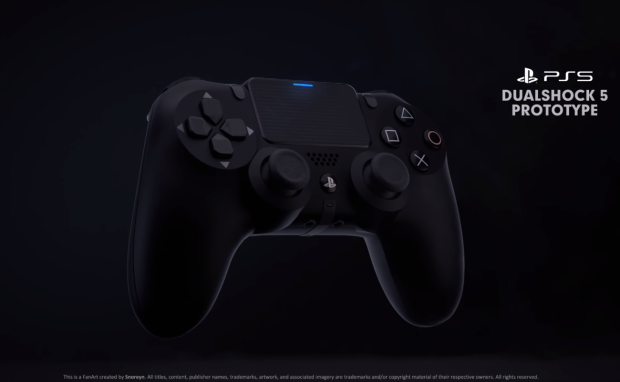 Sony has already confirmed the PS5 will support PS4 accessories like the DualShock 4, but now it looks like the reverse is true: The DualShock 5 could be usuable on the PS4 and PS4 Pro. The news comes from a spec comparison sheet on PlayStation France that lists something quite interesting: DS5/DS4 controllers are both compatible on PlayStation 4 consoles.

"3D audio and the haptic feedback support of the controller are also things that, when you try them, you will be surprised at how big a change they are. Even just playing the racing game Gran Turismo Sport with a PlayStation 5 controller is a completely different experience. While it runs well with the previous controller, there is no going back after you experience the detailed road surface via haptic control and play using the adaptive triggers," Ryan said.

Both scenarios illustrate some of the PS5's strongest points: Native backward compatibility with existing PS4 games, as well as full support of current-gen accessories like controllers and the PSVR headset.

This also underlines what we've been saying about next-gen consoles all along. The PlayStation 5 isn't a true next-gen successor, but an extension of the current generation. Yes it'll be more powerful and reflect a full-gen leap in terms of hardware capabilities, but it'll still maintain and carry forward the iterative cycle approach (backward compatibility, extensive cross-gen support, accessories, etc.) without disrupting the ecosystem.

Here's what we know about the DualShock 5 so far: