GameFreak reveals a solution to the devastatingly disappointing Dexit fiasco, and it's wrapped around DLC. 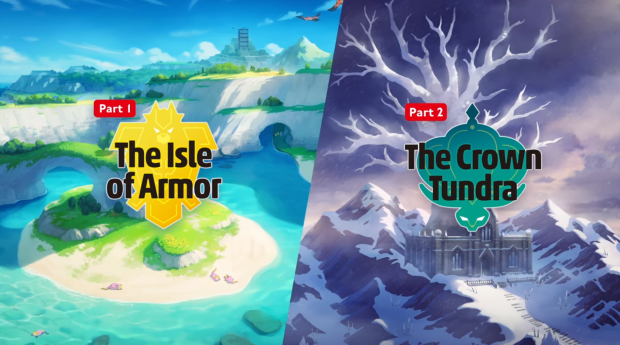 Today GameFreak announced a $30 Pokemon Sword/Shield expansion pass and its plans to further evolve the new Switch RPG. The expansion pass comes with two DLCs, the Isle of Armor (June 2020) and the Crown Tundra (Fall 2020), both of which add new Pokemon, Gigantamax options for starters, new items, and new areas to explore. But the most ambitious feature is the inclusion of more classic existing Pokemon in the Galar region.

Pokemon Sword and Shield launched with lots of missing Pokemon. Now GameFreak reveals its plan to fix some of those holes in the massive lineup. Pokemon Home, the new multi-platform Pokemon Bank cloud service, will go live in February and allows users to export pocket monsters they've caught from 3DS, Pokemon Go, and even Switch games. Using Pokemon Home, gamers will be able to import Pokemon they've caught right into Sword and Shield when the expansion pass goes live. There's some limitations though and not every Pokemon will be supported.

Here's how the expansion pass works in regards to classic Pokemon: 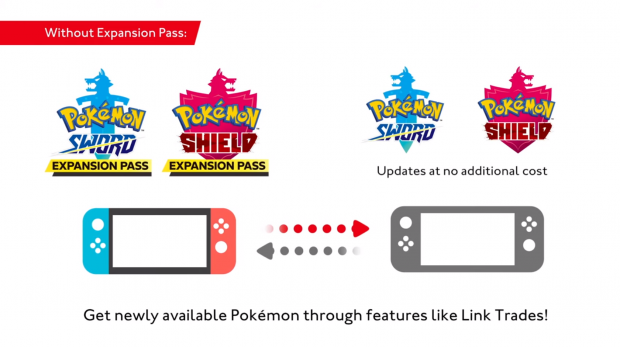 You don't have to actually buy the expansion pass to access the newly added Pokemon. You just have to buy it to catch them in the games.

If you already own the pocket monsters in Pokemon Home you'll be able to import them from Pokemon Home into Sword and Shield without buying the pass. Provided, of course, they're actually available in the expansion/base game. Remember you can't import Pokemon into Sword and Shield that aren't catchable out in the wild. GameFreak hasn't yet provided a list of the 200+ new Pokemon coming with the expansion pass.

Users can acquire the new classic Pokemon by trading other players for them. You don't need a pass to trade in this way. All of the Pokemon from the new expansions will be tradeable to users who don't own the expansions.

Here's more info on the expansions themselves:

Isle of Armor (Part I) - Theme of Growth. Takes place on gigantic island off the Galar region with multiple biomes like forests, caves, and dunes. Features new Pokemon, a new dojo for battles, different trainers for Sword/Shield. New legendary pokemon called Kubfu, fighting type, can evolve into Urshifu, can be Gigantamax.

New psychic-grass type legendary pokemon Calyrex. New co-op mode that let you team up with friends to uncover underground Pokemon dens with dynamaxing legendary Pokemon from older games. Tons of Pokemon return in legendary form and can be catchable via co-op mode.

Both expansions are now available for $30 on the Nintendo eShop. The pass isn't compatible with both versions though. If you own both games you'll need to buy both passes, so be sure to pick the pass for the game you own.