It's not new that doctors have been using Ultrasound technology to target and damage cancer cells. Unfortunately, throughout this process healthy cells would also be damaged. Until now. 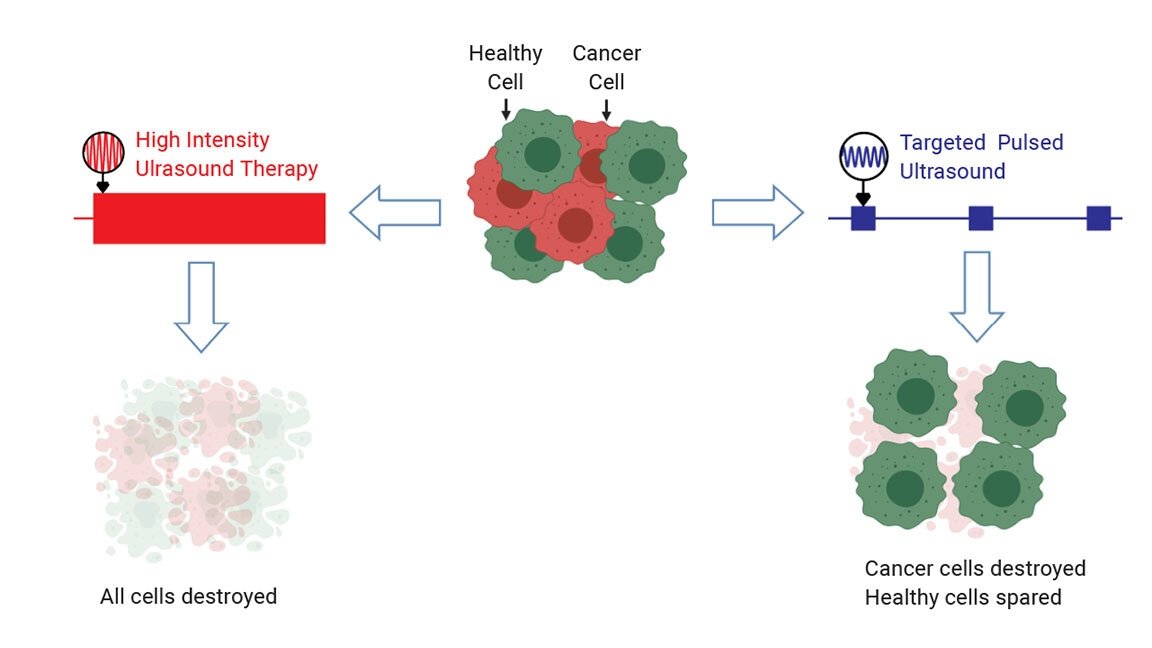 Treating cancer with ultrasound-based therapies involves using intense beams that heat and destroy the cells. This form of treatment would only work for specific tumors, and throughout this process of heating and shattering cancer cells, some healthy cells were also destroyed. Researchers at the California Institute of Technology and City of Hope Beckman Research Institute have managed to create a low-intensity ultrasound treatment that just targets cancer cells and leaves healthy cells out of harm's way.

This new form of treatment is done by lowering the frequency of the ultrasound and specifically fine-tuning it to match the target cells. The results which have been published in Applied Physics Letters are paving the way forward for a new field called oncotripsy, which is the singling out and elimination of cancer cells based on their physical properties. David Mittelstein, the lead author on the paper, said "This project shows that ultrasound can be used to target cancer cells based on their mechanical properties."

He continued, "This is an exciting proof of concept for a new kind of cancer therapy that doesn't require the cancer to have unique molecular markers or to be located separately from healthy cells to be targeted."

How to Starve Cancer: Without Starving Yourself