Apple is expected to power its new iPhone with a next-gen A14 processor, something that TSMC will be making for the company on its new 5nm process, according to a new DigiTimes report. The current generation iPhones are powered by the A12 and A13 processors, each on the 7nm from TSMC -- but the new iPhones will shift down to the 5nm node for its next-gen A14 chip. TSMC is expected to begin manufacturing the new A14 chip on 5nm in Q2 2020, and will power the 2020 iPhone.

TSMC got serious about its 5nm production in June 2018 where it invested a huge $25 billion, and now we're seeing the fruits of that labor two years on. Even back then, I wrote "Apple should be interested in TSMC's focus on 5nm as they've been using TSMC for chip production for years now". 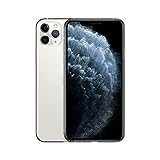