SK Hynix plans to reveal two new 1TB NVMe PCIe SSDs at CES 2020, the Gold P31 and Platinum P31, both of which are outfitted with proprietary TLC flash and DRAM in a solution that SK Hynix calls 4D NAND.

4D NAND is a bit of a misnomer, though; rather than being actually four-dimensional memory, SK Hynix basically rebranded 3D TLC flash that's arranged with circuitry underneath the memory cell arrays. Typical 3D NAND has the circuitry wrapped around the cells themselves, leading to less dense and more complex memory.

This isn't new, though. SK Hynix calls its 4D NAND method Peripheral Under Cell (PUC), but other companies like Micron and Intel have been doing the same thing for a while (they just call it something different: CMOS under Array).

With its four-Plane architecture in a single chip, this product achieved a data transfer rate of 1,400Mbps (Megabits/sec) at 1.2V, enabling high-performance and low-power mobile solutions and enterprise SSD.

The 128-Layer 1Tb NAND chip offers the industry's highest vertical stacking with more than 360 billion NAND cells, each of which stores 3 bits, per one chip. To achieve this, SK hynix applied innovative technologies, such as "ultra-homogeneous vertical etching technology," "high-reliability multi-layer thin-film cell formation technology," and ultra-fast low-power circuit design, to its own 4D NAND technology. 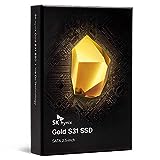