In its original state as an early port, The Witcher 3 on the Nintendo Switch ran like dog poo. The handheld mode of the game ran at just 10FPS, which is not good at all -- unplayable, really.

In a new interview between GamesBeat and Saber Interactive, who is working with CD PROJEKT RED on the Nintendo Switch port of The Witcher 3, studio CEO Matthew Karch said the port ran at just 10FPS and took up a pretty hefty 50GB of storage space.

The team was forced to start making some cuts to the game, and one of the first was considering the culling of the NPCs in The Witcher 3 -- but nope, can't do that. From there the team had to work a little harder, so they took a closer look at shadows and vegetation, because there's so much of it in The Witcher 3, and began cutting away.

Karch explained: "One of the things we knew we had to change for Switch was how the engine calculates shadows from the sun. Shadows are obviously essential for creating a realistic look for huge outdoor levels, but the off-the-shelf solution was prohibitively expensive on Switch. We had to combine a blend of static shadowmap, terrain lightmap, and dynamic shadowmap to achieve a similar look to the original".

He continued: "In outdoor environments, foliage can make up about 50% of all the visuals. We had to rewrite the algorithm for how grass is generated and rendered. We also had to change [levels-of-detail for] trees, lighting, and shadows to keep the overall look and performance as close to the original as possible". 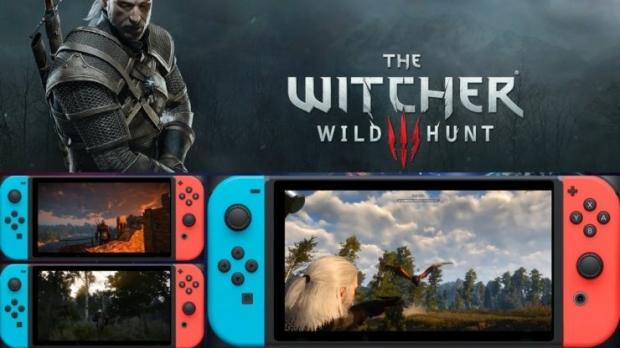