We have been hearing for a while now that AMD's flagship Ryzen Threadripper 3990X processor would rip threads with 64C/128T of brute power... and it seems they were right.

VideoCardz tweeted a few minutes ago, confirming that the Ryzen Threadripper 3990X is a 64C/128T processor and will be the "One CPU to rule them all in 2020". Other specs on the Threadripper 3990X include 288MB of total cache, and a large (but not too damn bad considering there's 128 threads of processing power here) 280W TDP. 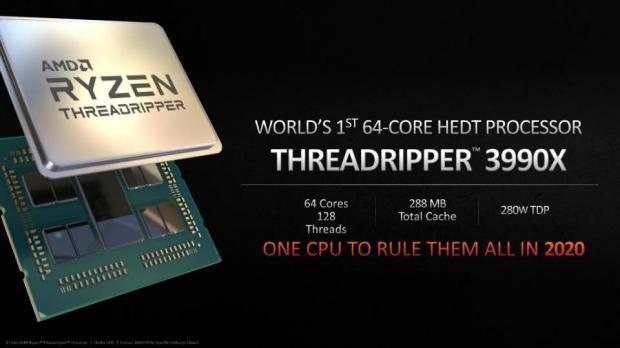 The other Ryzen Threadripper 3000 series include: