Joe and Anthony Russo are fresh from their directors chair for Avengers: Endgame, with the MCU directors now producing a new streaming docu-series over the fierce rivalry between Marvel and DC. 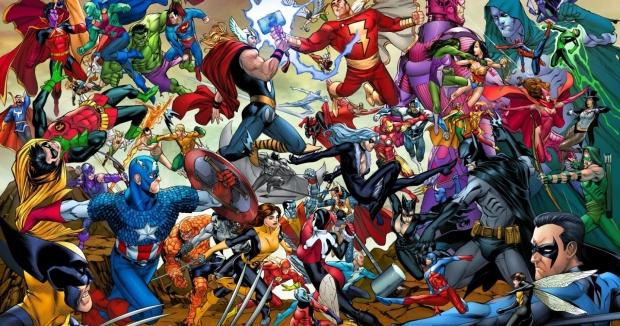 Entertainment Weekly reports that streaming service Quibi has the series rights to Slugest, which will be inspired by the book "Slugfest: Inside The Epic, 50-Year Battle Between Marvel and DC", written by Reed Tucker and released back in 2017. Slugfest "tracks the rise of two groundbreaking creative companies who went on to become the comics-publishing powerhouses, Marvel and DC".

Slugfest will be produced by the Russo Brothers and directed by Don Argott and Sheena M. Joyce who directed Believer and Framing John DeLorean. Slugfest will feature behind the scenes stories, including some iconic moments like the first official Marvel and DC crossover comic in the 1970s between Superman and Spider-Man.