Twitch has released a new introduction application for new streamers and ones that have just started - introducing Twitch Studio, a streamer's best-friend. 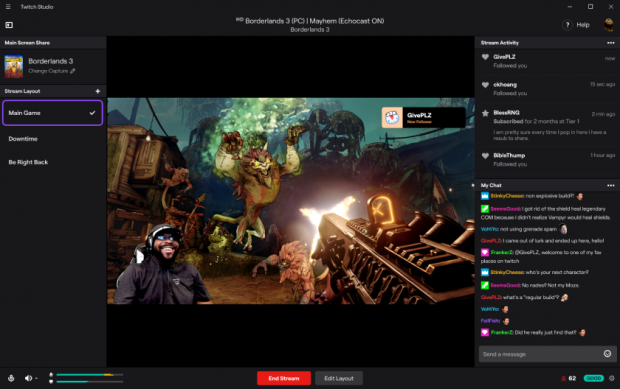 Twitch Studio is currently available for download and takes new streamers through an extremely easy to follow introduction process into streaming. It begins with a guided setup where the app detects microphones, webcams, monitor and streaming resolution, streaming display, templates, and bit rates.

The app also gives users the ability to customize their streaming template while also integrating alerts, programmable keys, activity feeds, and chats. It should be noted that the app is only available to download if your operating system is Windows 7 or above. Here is a link to the Twitch website for further information.