AMD will soon be launching its Navi 14-based Radeon RX 5500 series graphics cards, with more details arriving before its big launch. 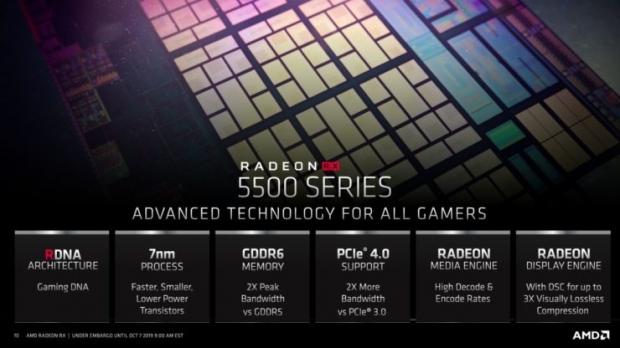 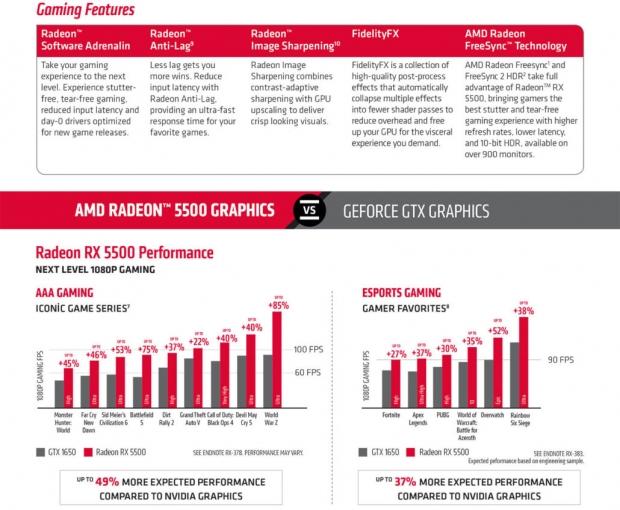 AMD compares its new Navi 14-based Radeon RX 5500 graphics card against NVIDIA's GeForce GTX 1650 in marketing material, with games like Far Cry New Dawn, Battlefield V, GTA V, and many more seeing an average of 49% more performance over the GTX 1650.

In super-popular esports games like Fortnite, Apex Legends, Overwatch and PUBG we're looking at an average of 37% more performance with the Radeon RX 5500 over the GTX 1650.

We should expect AMD to price the new Radeon RX 5500 at the $150 or so mark, but AMD also leaves a huge gap with Navi as there's nothing to compete against NVIDIA's Turing-based GeForce GTX 1660 series graphics cards... for now.