NBC has announced a new esports-focused comedy securing a gigantic TV star in Johnny Galecki, who played Leonard Hofstadter in the super-popular and even more successful The Big Bang Theory.

The new show is called 'The Squad' and centers around a group of friends who love esports, with The Hollywood Reporter describing the series: "The Squad revolves around a new group of friends (and sometimes enemies) who find companionship and common ground in their mutual love of esports. The potential series explores what it means to finally find 'your tribe' after years of feeling like an outsider".

The Big Bang Theory finished in May 2019 with its 12th season, making it the longest-running multi-camera comedy in history. 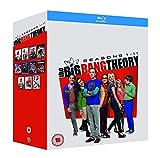