NVIDIA has just unveiled its new EGX Edge Supercomputing Platform during MWC 2019 in LA today, announcing that its new platform has been adopted by industry giants in Samsung, Walmart, and BMW just to name a few. 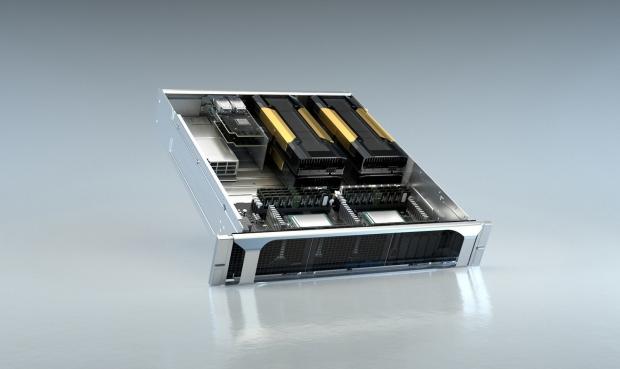 Walmart is using NVIDIA's new EGX technology in its retail lab in Levittown, NY in order to improve its in-store shopping experience, with the ability to tell staff to go and get shopping charts, or to restock shelves. It can even alert staff during busy periods to open up additional checkouts, or stock shelves when stock runs low all of the sudden.

In this example, NVIDIA was able to boast: "Walmart is able to compute in real-time more than 1.6 terabytes of data generated each second".

Samsung on the other hand is using NVIDIA's new EGX technology to assist in designing and manufacture semiconductors, while BMW will use it for number crunching from cameras and sensors to automate its vehicle inspections.

NVIDIA said that its EGX Edge Supercomputing Platform is being used by over 100 tech-focused companies around the world today.