Diablo IV has been outed by an artbook advertisement, confirming the game will be revealed soon. 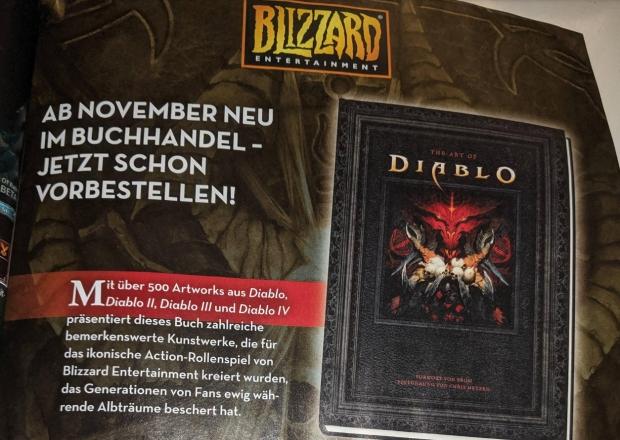 We've known Diablo IV has been in the works for a while now, so this isn't a surprise. Blizzard started hiring for the new game back in 2016, and sources tell Kotaku that Diablo IV has been rebooted at least once. The current version of Diablo IV is more grim, malevolent, and bloody than Diablo III.

Here's what to expect with Diablo IV: