Blue12 studios game developer Koola just released an amazing UE4 demo that looks like something right out of next-gen. The footage was captured in real-time and shows intense hurricane-force winds, with quite realistic effects like shaking trees, destructive debris, lightning and ambient lighting effects, and tons of collisions and particle physics going on.

Interestingly enough, this demo was captured on an older NVIDIA GeForce GTX 970 GPU, not an insanely powerful rig. It's actually not even optimized, so the demo could look even better with more horsepower and higher-end tweaks.

I read a lot of "you need a quantic nasa computer to run that" so here is some stats :

- no optimization at all

Sony's next-gen PlayStation 5 could deliver something even better. Rumors are circulating about a closed-doors PS5 real-time tech demo with amazing visuals and immensely realistic lighting, shadows, and more.

The PlayStation 5 will harness AMD's latest Navi GPU and Zen 2 CPU tech, complete with the latest RDNA architecture, possibly with over 10TFLOPs of power.

Sources tell TweakTown the PlayStation 5 will release in December 2020. Check below for more info: 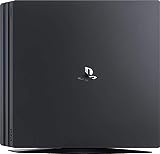