The team over at WCCFTech has "a friend" who somehow got hands-on with the upcoming AMD Ryzen 9 3950X 16 core mainstream platform CPU. They then tested the CPU in the popular Cinebench R20 benchmark. While Cinebench may not be the end-all tell-all for performance, it does give us a decent look at the relative performance in a heavy render style load. 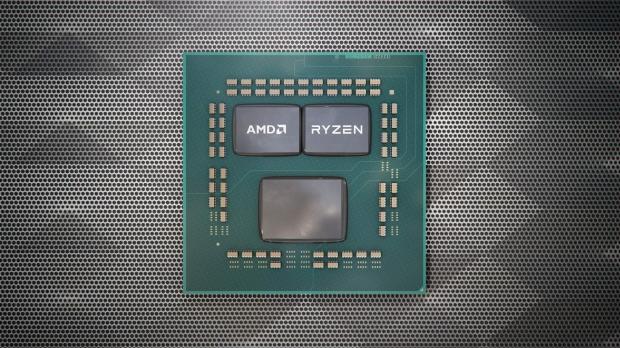 It is important to note that this at this time must be treated as a rumor. But, it is worth noting that if you scale the relative performance, we have seen thus far from the new Ryzen 3rd gen parts, the numbers stack up to be credible. 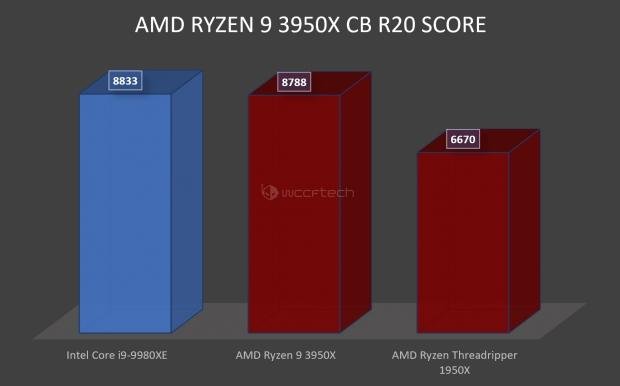 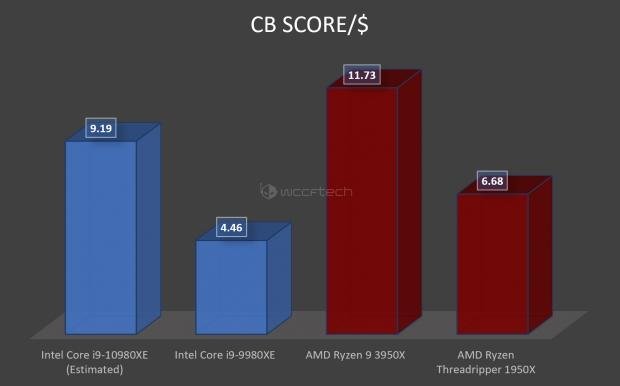 Taking the current pricing for the 9980XE and stated price for 3950X, we can now divide this up to get a rough idea of the R20 points per dollar. With this, we can judge a relative value. The 3950X comes in at 11.73 Cinebench multi-core points per dollar, while the 9980XE achieves 4.46. With the new pricing released for Cascade Lake-X, the relative performance/dollar can be estimated to be $9.19 per dollar. Of course, until we see the actual performance of the new X299 refresh chips, this is all just speculation.

Remember, at this time, there's a lot of speculation here, and a source which we can only assume is credible or close enough. But the thing we take away from this development is that the AMD mainstream is now further cannibalizing the intel HEDT. This in itself makes us very excited as AMD has not even released their new Threadripper HEDT parts based on 7nm yet. So, we can only imagine what sort of impact these will have on the market. Its exciting times, and things are heating up again as the November launch nears closer.

Are you excited to see the CPU wars get a fresh dump of gasoline to get things heating up here over the next month?