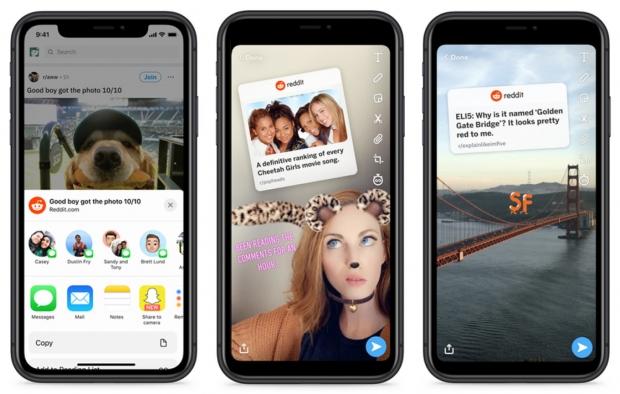 For this new feature to work, users must have both the Snapchat and Reddit app installed on their iOS or Android device. Reddit users will then be able to select the "share" button on a Reddit post and then find Snapchat. If Snapchat is selected, Snapchat's camera will be pulled up and here is where users will be able to decide whether or not to share the Reddit story with a select amount of users or add it to the Snapchat story.

According to Vaibhav Sahgal, Reddit's head of growth product, "Snapchat is the first platform partner with whom we're testing a content sharing integration, and we're excited to see how the feature will shape the sharing habits and experiences among our users." At the moment, the sharing option on Reddit is limited to 'safe-for-work' subedits and is only available on iOS. The feature should be rolled out to Android devices at a later date.