What does $2600 buy you in a foldable smartphone? That'd be the Huawei Mate X which is being released this month, and has one small -- but very significant tweak over what we saw when the Mate X was revealed earlier this year, and then delayed.

Thanks to a new unboxing video on the Huawei Mate X, we know that the new phone will have a button on the side which opens the latch to unlock the foldable screen. It's a nice touch, something that Samsung didn't include in its foldable Galaxy Fold smartphone which is now on the market.

Huawei is charging more than Samsung for its foldable smartphone with the Mate X costing $2600 versus the Galaxy Fold at $1980 -- but Huawei provides you with 5G connectivity and its own in-house Kirin 990 chip. 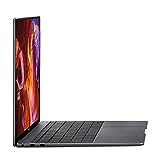