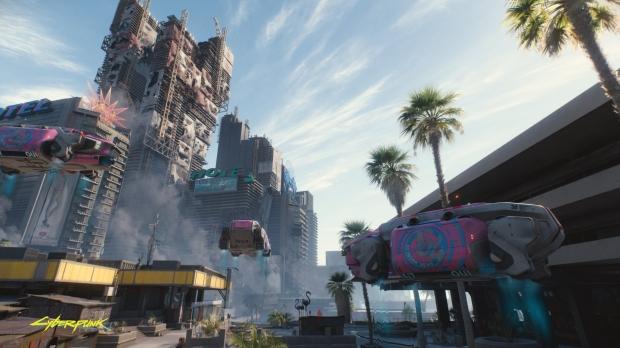 The team released the new screenshot on the official Cyberpunk 2077 Twitter account, with a caption of just "Hope you aren't afraid of heights". The screenshot in question shows off Night City and a handful of flying vehicles.

In the background you can see a skyscraper under construction in the mega city of Night City, which is where you'll spend most of your time in Cyberpunk 2077.