Another article I thought I'd never have to write, but here I am -- PUBG Corp. has made some changes to PUBG with the v4.3 update last week, something that included Halloween skins, and more. 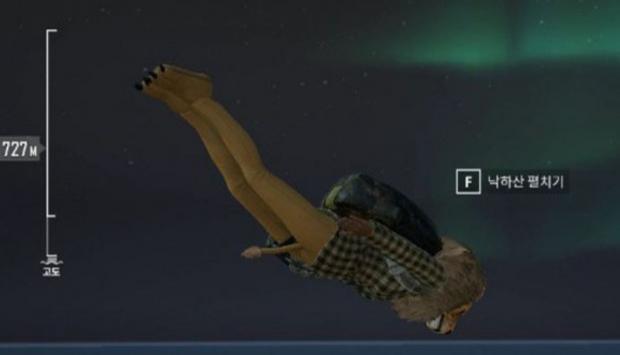 The new update introduced the new Survival Mystery system, changes to the shotgun -- but it's the Halloween skins that has made the biggest mess. A load of skins included a lion skin, which when dropping into the game its tail resembles a penis... yeah, you can see that in the shot above.

It seems PUBG Corp. prematurely unleashed the Battlegrounds 4.3 update, as the Leo Jumpsuit let you rock out with your tail out as a lion. PUBG Support tweeted out: "Please be aware that the "Leo Jumpsuit" is temporarily unavailable for purchase as we work to resolve an issue related to this skin. Any players who have already purchased the skin will have their BP refunded".