AMD has just announced the latest and fastest-ever EPYC processor yet, the new EPYC 7H12 -- which beats out the previous flagship EPYC 7742 processor. The new continues to fill out the game-changing EPYC Rome CPU family. 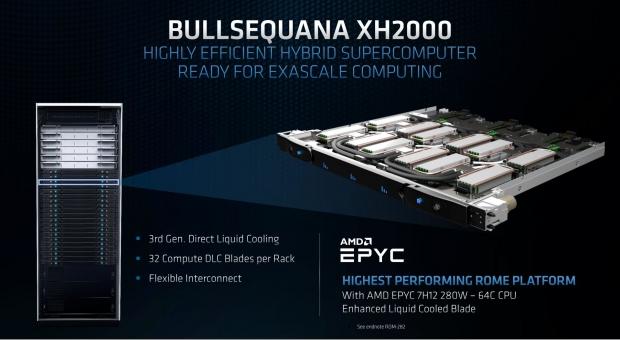 The new EPYC 7H12 has been designed specifically for liquid-cooled servers and still maintains its industry-leading 64C/128T of CPU grunt, with 256MB of L3 cache, and 128 PCIe 4.0 lanes.