Intel is preparing its next-gen Cascade Lake-X family of CPUs with the new flagship Core i9-10980XE being leaked and detailed in some new juicy benchmarks. 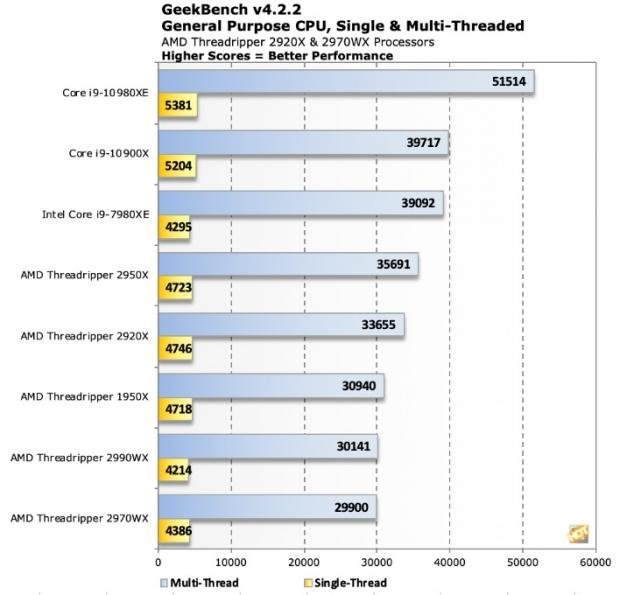 The new Core i9-10980XE leaked benchmark is courtesy of Momomo_Us, who teases the beasty 18C/36T chip with some Geekbench results. The Core i9-10980XE utterly destroys the AMD Threadripper 2950X (and the higher-end 2990WX) in Geekbench v4.2.2 single- and multi-threaded benchmarks.

AMD hasn't launched its third-gen Ryzen Threadripper CPUs just yet, something that should see the HEDT market light up between Team Blue and Team Red later this year.