Sony today announced its next State of Play event will kick off September 24, 2019 at 4PM EST. 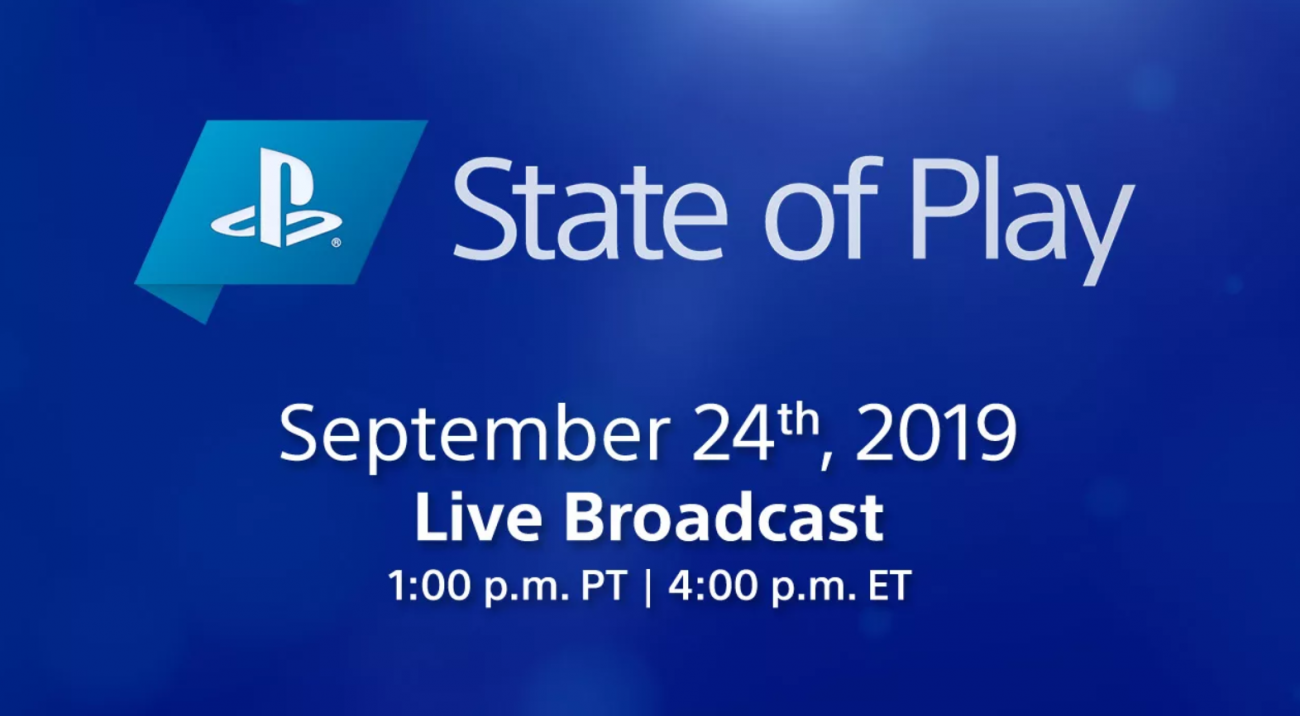 Sony's new State of Play showcase should highlight progress made on first-party games, but there won't be any news on the next-gen PlayStation 5. So what can we expect? New The Last of Us Part II info is guaranteed (possibly with its rumored February 2020 release date), and we'll likely get updates on Ghosts of Tsushima and maybe even some Death Stranding content. The show will last a brisk 20 minutes but it should 100% be focused on games without any filler.

The company teases some exciting reveals, too. We could see a confirmation of Insomniac's next game (probably Spider-Man 2) and maybe even a reveal of Guerrilla's next Horizon Zero dawn sequel. There's also rumors Sony Santa Monica is crafting the next God of War, too.

Sony has been markedly absent from major trade shows like E3 and Gamescom 2019, but had a blowout presence at Tokyo Game Show 2019 in Japan. The State of Play shows offer a direct way to show off its first-party games. After SoP we can expect more Sony news at this year's The Game Awards 2019 event in December.

Here's what Sony's Sid Shuman said in the update:

"Hi all! Excited to share first details on PlayStation's next State of Play, which will air Tuesday, September 24 at 1:00pm Pacific Time / 4:00pm Eastern TIme.

"We're preparing a pretty hefty show, weighing in at around 20 minutes and sporting a fresh new look. And we'll have some great news to share with you, including new game reveals, new content from PlayStation's Worldwide Studios, and a host of other updates. Should be fun!

Oh, and it probably bears mentioning: Don't expect any updates related to our next-gen plans in this episode."