Epic's free game selection is kicking it up this month with the entire Batman Arkham collection and Metro 2033. 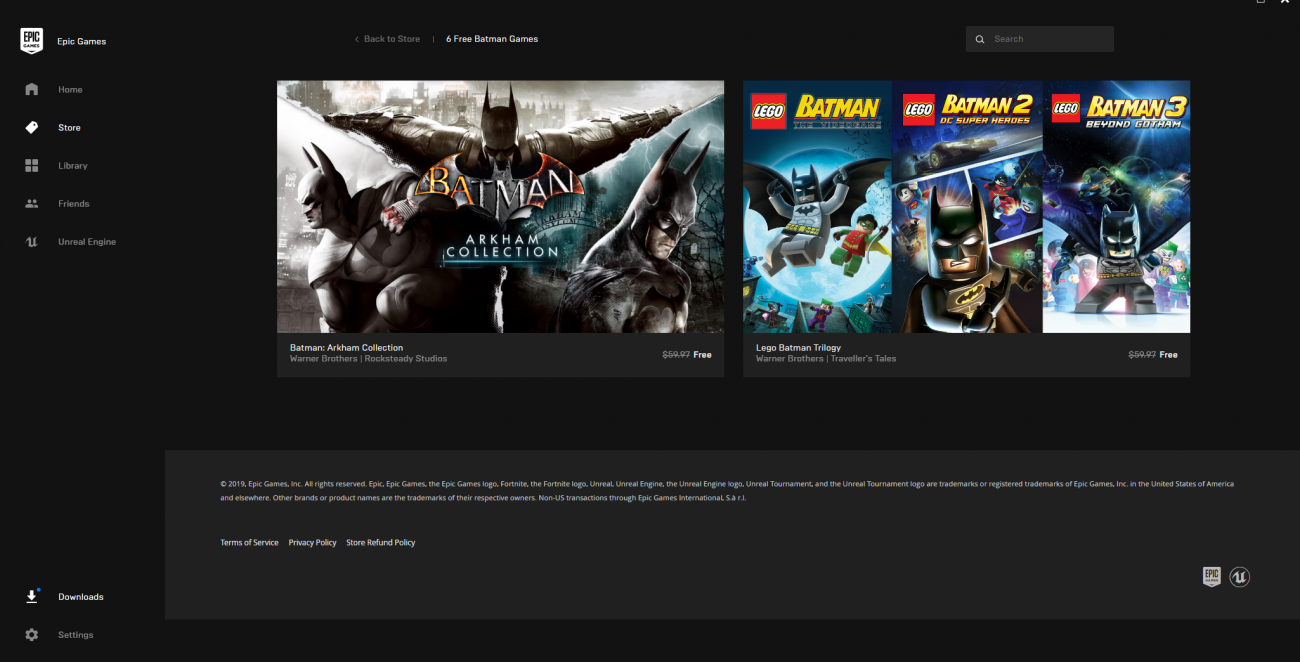 When it comes to consumers, Epic has three major advantages over Steam: It gives out free games every month, Fortnite's massive numbers, and timed exclusives. The Epic Games Store has been dishing out indies and older titles for months since launch, but now it's starting to belt out some big goodies. In September, gamers can grab six Batman games including the Arkham trilogy and three LEGO games alongside Metro 2033.

Epic's gimmick is simple. The company wants to pull as many people over to the storefront as possible, and freebies are a great way to do that. The idea is to get people to download EGS for the free games and then maybe they'll stay for anti-Steam exclusives like Borderlands 3, Ghost Recon Breakpoint, or Control.

It should work like a charm. I expect that a ton of PC gamers have downloaded EGS just for the free games, which is exactly what Epic wants. Not only does it provide them with metrics to inflate their digital userbase numbers but it also gets the word out. The store is hotly contested and known for a lot of the wrong reasons in the gaming community, and a steady stream of free games could help alleviate that image problem.

The store still needs a lot of work, though. It doesn't yet have a shopping cart, its cloud saves are glitchy and even corrupting Borderlands 3 saves, and it doesn't support mods.

Before Epic can seriously win people over and support massive AAA titles, they need to focus more on the core frameworks of the storefront. And maybe, just maybe, Steam will start gifting out free games too.