The official gameplay video that was shown behind closed doors at E3 2019 and Gamescom 2019 has been released online, giving us a fresh look at the coming Dying Light 2.

The above video has been released onto the official Dying Light YouTube Channel, it runs us through a scenario where the player needs to travel to a city to speak with a colonel regarding the current state of the drinking water. Throughout the journey to the city we see some damn slick gameplay of the player running, jumping, evading enemies, picking and choosing fights smart, and most gloriously, the parkour system.

In Dying Light 2 the player is constantly thrown into scenarios where him/her is forced to choose an outcome. Picking an outcome creates a cascade like effect throughout the rest of the game, influencing future decisions and sometimes effecting past ones. An example of this is when the player is forced to choose between leaving his friend 'Frank' or staying to make sure his wounds heal. In the video the player leaves and continues on with his mission, he is then radioed in with the news that Frank died from his wounds which has then raised the stakes for the mission even more. 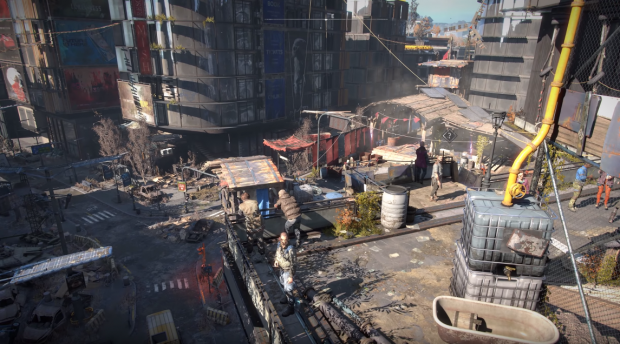