Not everyone wants in on Epic's lucrative exclusivity deals. Some publishers like Bandai Namco still want maximum long-term reach instead of short-term gains.

Epic is still spending big money on exclusivity contracts to fill up its games store. But its Fortnite billions can't buy everyone. Even as major players like Ubisoft and Take-Two jump on the Epic Games Store for that big 88-12 revenue split, Japanese games-makers like Bandai Namco simply aren't interested in trading exposure and potential sales for upfront cash or promised earnings. Japanese publishers like SEGA, Capcom, and Bandai Namco are still relatively new at PC ports but they still recognize the power of Steam's massive userbase.

Now Bandai Namco says Epic's exclusivity really isn't part of its grand vision--a vision that sees the company selling its games to 2 billion gamers worldwide. In order to do that they can't pick either Steam or the Epic Games Store. It has to be both or the biggest one.

"Epic is just another store. It's fantastic, they have a lot of strength and users, the business model is attractive to us because it's more profitable. But still, their interest is, if I'm correct, exclusivity. And this is not our vision. We want our content to be available for as many fans as possible. I don't think we'll deal with Epic in the short term, while we have this strategy."

"We've been swimming in the same pool of 200m, 300m people for years and the vision to be able to address 2bn or more tomorrow is very exciting."

Once Epic is open to games being on both Steam and its storefront, Bandai Namco will embrace the marketplace. But right now EGS has one real goal: to starve Steam out in a war of attrition and force change by scalping games.

Bandai Namco's statements come at an interesting time. Publishers really want their games on as many platforms as possible for more chances at a sale. Even platform-holders like Sony and Microsoft are interested in bringing games to the Epic Store, but Xbox games won't ever be exclusive. Sony on the other hand already has an exclusive on the EGS.

Right now Bandai Namco has a bunch of games coming out, including the new Dragonball Z: Kakarot, the exciting Switch-exclusive Astral Chain, and Elden Ring, a new RPG from the Dark Souls creators at FromSoftware. 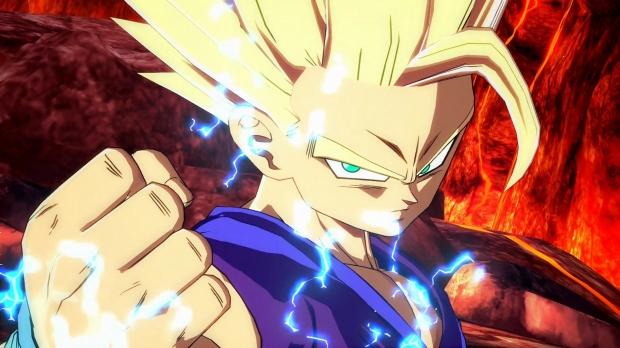