Western Digital has just launched five new external storage devices that are being aimed at gamers, with both PC and Xbox One options on offer as well as a super-fast external SSD that I need in my life.

The new WD Black range of gaming drivers comes with up to 12TB of storage, which is enough to keep every single one of the games in the Xbox Games Pass safe and sound. Western Digital made these new drivers with gamers in mind, taking into consideration that most gamers have around 20 games installed that use around 1.7TB of space.

Jared Peck, Senior Product Manger at WD explains: "Some people say my console storage is full, so I'm not going to play. Those are pain points in the survey. People are tired of deleting old games to play new ones".

WD is making a big change here: defining its new WD Black drives as gaming drives, not just external drives. The company estimates that up to 500 million PC gamers, and 125 million console gamers can use these new external WD Black storage products.

Microsoft and Sony have next-gen consoles coming in the second half of 2020, so Western Digital is smart to align themselves as the go-to storage company for gamers. The external SSD in the WD Black P50 Game Drive SSD is going to be a hot favorite for speed freaks who don't want a slower HDD or SSD.

The next-gen consoles will have PCIe 4.0-based storage but I would say it will be 1-2TB absolute max, so external storage is going to be a big thing in 2020 and beyond. WD is positioning itself perfectly here, and with the single design language they'll also stand out -- with no crazy RGBs... yet. 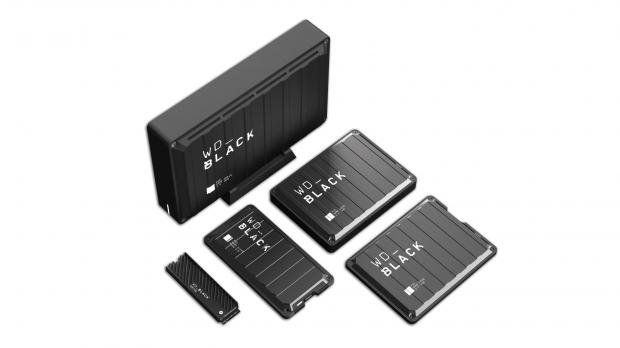