Halo: Infinite will look and play best on Project Scarlett and PC, 343 Industries says, and we'll see some 'special tricks' being used on the enthusiast platforms. 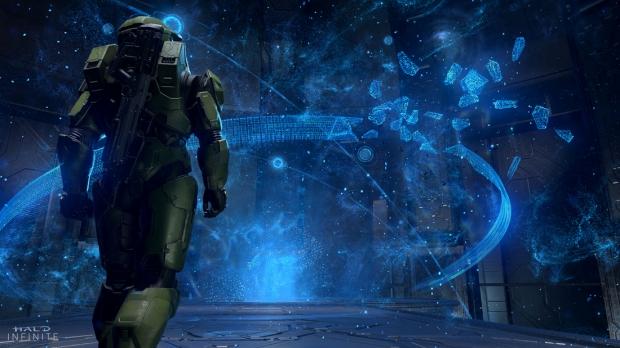 In a recent interview with YouTuber Blackmist523, 343i exec Frank O'Connor says that Halo 6 (aka Halo: Infinite) is aiming at powerful hardware and will be optimized for Scarlett and PC.

"Obviously the special citizen will be Scarlett and we've worked with that hardware team to make sure the game shows up amazingly on it. We work with them to make sure that we know how to make the game look amazing on it. It will also look incredible on Xbox One. And it will also be for PC for the first time, day and day so that's exciting for us too.

That's changed the way we develop and the way we think about things, but we are always shooting for the best possible hardware target, and this time it's going to be up to you to decide. Is it going to be Scarlett or PC?"

Microsoft's next-gen Project Scarlett will launch with a Halo game, and it's a pretty big deal. It's imperative the game taps the full brunt and might of Scarlett's new hardware and make a spectacle of what the system can do. But the older Xbox line won't be neglected. Halo 6 will play on every Xbox One to date, from the horrible 2013 launch model to the Xbox One S and beefier Xbox One X.

"But the Xbox One isn't going to be a second-class citizen. We're building it so it plays and looks amazing on Xbox One, and then everything else is plus plus plus. We've got a few tricks up our sleeves we've been using."

This isn't the first time 343i used this kind of vernacular. The company called PC a first-class citizen and affirmed Halo 6 will be fully optimized on PC, complete with uncapped frame rates, ultrawide support, and a variety of performances across different GPU generations.

"We take PC as a full first-class citizen," 343 Industries technical director David Berger said in a recent social stream. "The PC audience expects more things than a curated console experience, and so it definitely goes into our philosophy of making sure we can allow scalability of things on different PC hardware. It's just something we have to think about going forward."

"Halo 6 is being developed with PC in mind," 343 Industries' Chris Lee

So what are these special tricks?

They probably have a lot to do with Microsoft's unification of Windows 10 OS and Xbox console devtools. The company has internal software that lets developers make a single game that's compatible with both PC and Xbox consoles without any porting. This is enhanced by specific optimizations for each system to ensure the games eke out every last drop of power--which is super important since the Xbox family will have four consoles in 2020.

Also remember 343i is making a brand new games engine to power Halo: Infinite and its future games. Dubbed the Slipspace Engine, the tools are being built alongside Project Scarlett. It's likely that 343i has been given the highest-level access to Microsoft's devkits, developer toolsets, and onboard silicon. We've seen first-party devs pull insane performance in the past with the Xbox One X, with Turn10 hitting native 4K 60FPS in Forza 7 while using 70% of the console's GPU.

Halo: Infinite will be a Scarlett launch game, so expect similar higher-end performance.

As 343i iterates its engine it's also iterating on Project Scarlett's hardware (Microsoft shifts, morphs, and changes specs based on dev feedback) and the software to boot. We'll see 343i use Scarlett's next-gen PCIe 4.0 SSDs as secondary RAM to improve in-game performance, push higher-end resolution with tighter FPS, and of course tap the system's mighty Zen 2 CPU and Navi GPU architectures for next-gen Halo gaming.