If you've just purchased or are in the market to grab a new X570-based motherboard and new AMD Ryzen 3000 series CPU then you should match it up with a PCIe 4.0-capable SSD for those insane up to 5GB/sec speeds. 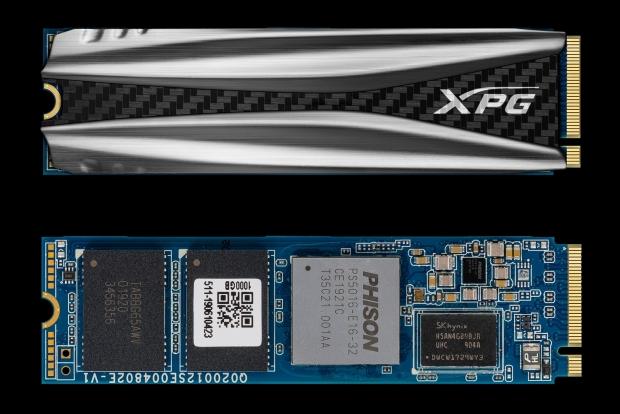 ADATA has just added its name into the pile of PCIe 4.0 SSDs with the release of its new XPG GAMMIX S50 PCIe Gen4x4 M.2 2280 solid state drive offers some blistering speeds. We're looking at 5GB/sec reads and up to 4.4GB/sec writes, and is backwards compatible with PCIe 3.0 if you don't have the write board.

ADATA provides its new XPG GAMMIX S50 SSD with an aluminum heat sink, which will reduce temps of the SSD by up to 10C and keep it operating at those up to 5GB/sec speeds. There's also SLC caching, a DRAM cache buffer, and up to 750K IOPs for random read/write operations.

You'll have up to 2TB capacities, and a huge 5-year warranty with ADATA's new XPG GAMMIX S50 SSDs.