Doom broke the mold for PC gaming as a whole, introducing the world to a demon-infested cataclysm of blood, hellish molten lava, and utter chaos. But as time went by it got more and more humorous, creating a mystique around the seemingly-immortal Doom Slayer. 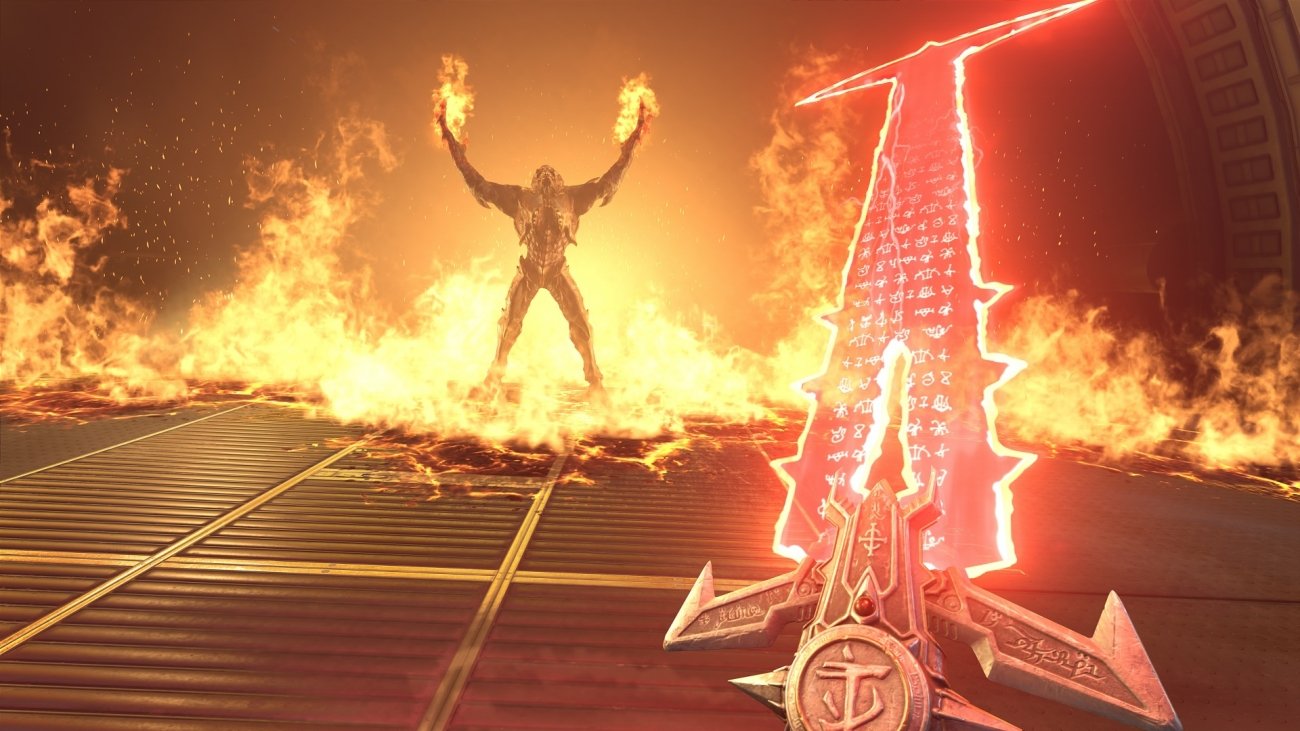 Today's Doom games really blend that ultra-brutality of the original series with a kind of hilarious tone that never takes itself too seriously. The games are always games first, putting entertainment above immersion and never let you forget you're playing a high-octane power fantasy. That was actually part of the design process from the start. According to Doom Eternal creative director Hugo Martin, id drew inspiration from Sam Raimi's darkly funny Evil Dead horror movies.

"We met Adrian Carmack a bit ago along with the team, and he told us that we can't take Doom too seriously. 'Evil Dead, that was a big inspiration for us,' he said," Hugo Martin said during a QuakeCon 2019 panel. "We've been studying the things they were interested in from the beginning but it's just those little elements have to be in place to make something that special that resonates with people."

Martin goes on to say id won't ever compromise the core tenants of the Doom franchise.

It'll always be about slaughtering demons first and foremost and creating that distinct otherworldly canvas for unleashing total havoc. We won't see Doom suddenly go too immersive or story-based or take itself too seriously--it's always going to be about jumping into Doomguy's shoes and blasting hordes of monstrosities.

Even in today's age of live service games, monetization, and watered-down experiences, id doesn't want to jeopardize the authenticity of the Doom franchise.

"We don't want to embarrass the Doom name. But that's probably the thing I find most fascinating about it is to just analyze it from a design perspective, really what makes it tick. I think it taps into something that we all have in us. Even the name id, there's like this primal urge to unleash aggression onto the world, and id games give you a kind of avenue way to do that.

"And that's never going to change. People always want to just be Doomguy and that kind of a power fantasy is in all of us," Martin said.

"I think it connects with people on multiple fronts which is really hard to do."