All of Remedy's projects affect one another in a unique way--even the ones that never got made like Alan Wake 2. 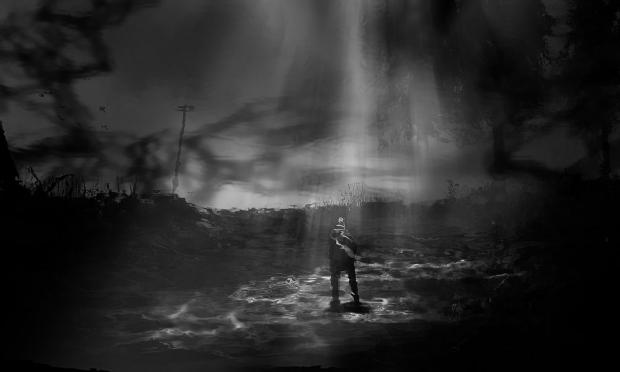 Games development is an intensely iterative industry. Developers constantly build on what they know and what they've made to make new games, and new projects are almost always tied to previous games, whether directly via physics engines and UI or indirectly via early concept ideas. In a recent interview with IGN, Remedy writer Sam Lake gave some interesting insight into Alan Wake 2 and how the unreleased sequel led to new IPs like Quantum Break and Control.

According to Lake, the studio made various concepts for Alan Wake 2 in between projects. Think of this as an incubation phase when games are on the drawing board, pulling from existing designs while simultaneously iterating on them. Remedy's an indie studio so it must constantly churn out new ideas for games on a regular basis and then sell them to stay afloat. Some, like Quantum Break, get funded, and others like Alan Wake 2 don't. Even though Alan Wake 2 never happened, many of these early concepts inspired future games like Quantum Break, American Nightmare, and even its big new supernatural IP Control.

In fact, Lake says he feels like Alan Wake 2 has always been with him. In a way it has--the game has lived on vicariously through Remedy's projects, inspiring various story paths and otherworldly themes.

"The funny thing is I kind of feel personally that ever since the first game I've been working on the sequel on and off," Sam Lake told IGN.

Then of course Remedy re-concepted Alan Wake 2 using everything it learned from Quantum Break. This is the massive snowball that is iteration, which is the real agent of change in the games industry. This ideas splintered into Control.

"Then coming out of Quantum Break, we created a new concept for Alan Wake 2 that was very different. And we were looking at it and talking about it with potential partners...and ultimately we came to the conclusion that this doesn't quite feel like Alan Wake," he said.

"That went on to become Control, our new IP. We said 'we'll take these ideas and put them into a new IP.'"

So after Control...Remedy could re-re-concept Alan Wake 2 using its wide experience it gained from Control. That could make the sequel into something very, very special indeed. Right now Remedy is currently working on another unannounced project outside of Control (of course they are, they're indie and they have to, after all) but no details have been revealed.

Read Also: Remedy's Control is Metroid with a splash of Dark Souls

But what about Alan Wake 2? Is it happening? Remedy currently has both the IP and publishing rights to Alan Wake, but they don't have the funding. That's the most difficult part to attain.

The studio wants to make Alan Wake 2, but only if the conditions are right.

"No, I want to make it. It's a curious thing. I've said at this point, so much time having passed, I feel like the bar is higher in some ways. I feel like it needs to be done right if it's ever done and everything needs to click into place. Which is really hard to make it happen," Lake said.

"So many things have to happen for these big games to be greenlit, so many things need to be aligned. I'm hoping that some day we'll get to make it."

Getting Alan Wake 2 funded will be tough. The studio will likely have to use its publishing rights as a bargaining chip, surrendering the rights as a kind of loan of sorts; like other indie studios, Remedy sells exclusive publishing rights to publishers in exchange for funding, marketing, and other critical operational costs. These contracts typically last for a decade or more.

So basically in order to get Alan Wake 2 made, Remedy may have to put itself in the same position as before: at the mercy of a publisher.

Remember that Remedy might own the IPs, but they can't get the games published or distributed if the rights-holder doesn't approve. That's why there hasn't been an Alan Wake 2 or Quantum Break sequel. Microsoft hadn't greenlit them so they couldn't get made.

Hopefully we'll see it happen, but as more time goes by, Remedy will get better and better at development and come up with more interesting ideas. Like wine that gets better with age, so too can games development.