AMD released the world's first 7nm GPU earlier this year with the Radeon VII (my review on that here) with it packing Vega 20 on 7nm, with a huge 16GB of super-fast HBM2 memory. I exclusively reported that AMD was only making 5000 units of its Radeon VII and trhere would be no custom boards, ever. 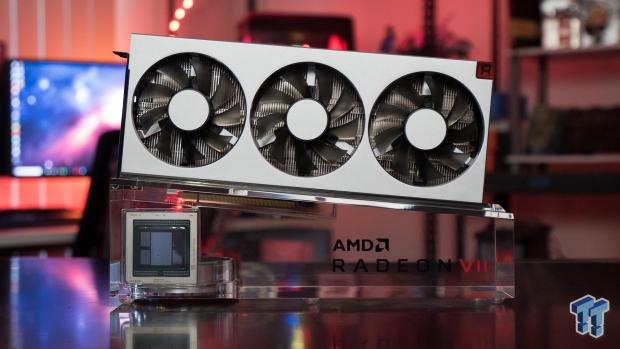 Well, fast forward 6 months and we have no custom boards and now the Radeon VII is reportedly end of life (EOL) just as the new Navi-based Radeon RX 5700 XT and Radeon RX 5700 graphics cards (my reviews on those cards here) are released. Cowcotland has confirmed with their sources that the Radeon VII is no longer in production and that the cards that are on shelves and etailers' warehouses are the only cards left.

The move makes sense with my reports from 6 months ago, and underlined now that Navi is here and doing better numbers in games with lower power consumption, heat, and noise. AMD would be chewing up 7nm node fab time as well as HBM2 memory.