Gearbox's experimental shooter Battleborn was a failure, but it offered a welcome break from Borderlands fatigue. 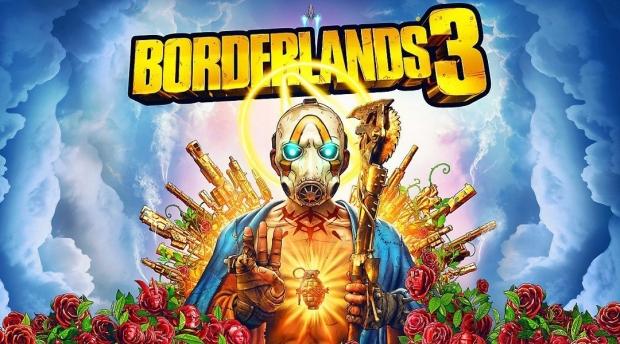 There's a huge seven-year span between Borderlands 2 and 3, and it's been five years since the Pre-Sequel. Gearbox is happy about this gap; it gave the team an opportunity to recharge their batteries and try something new outside of Pandora's loot-shooter. Gearbox pretty much made Borderlands 1 and 2 back-to-back, and instead of mandating work begin right away on the third chapter, 2K Games gave Gearbox time to make Battleborn. The game ultimately fell apart but it was a mini-vacation of sorts away from the intense IP grind.

"We made 1 and we made 2 pretty back-to-back. I was on both of those games and we were tired. And we were like, 'Should we make another one?' And we didn't want to, we needed a break. Because if we didn't have a break I think we wouldn't have made something as good," Kester told Metro UK.

Borderlands 3 is pretty ambitious. It takes players off-world to a variety of locales, introduces new Vault Hunters, and includes a billion guns--some of which run around on legs. It'll have the same drop-in drop-out online co-op multiplayer the series is famous for, but everything else has been dialed up to 11.

If Gearbox had moved right to Borderlands 3 when the second game shipped in 2012, the project might not be so ambitious as it is today.

Battleborn's failure also made Gearbox quite humble. Instead of rushing into the next project and blasting out a product, the team was more introspective and careful about their decisions. The studio's cockiness had been checked by Battleborn, and Kester says Borderlands 3 will be all the better for it.

"By the grace of the beautiful 2K they allowed us to say, 'Hey, we want to try this Battleborn thing, we just want to kind of reset our palette, we're gonna try this thing'. And we did it and... you know, if we didn't make that game Borderlands 3 wouldn't be as good as it is now.

"It made us think about things a little differently. I've worked on this game for over four years now, it's been in development for a while. The second I finished Battleborn I essentially started going into this. To us it wasn't about, 'Hammer it out, hammer it out! Let's punch it out, let's punch it out!' It was like, 'Let's make the right thing. Let's get it there and then we'll take our time'. But also, we've put so much junk into this game. It's frikkin' huge. It's considerably more content than we've put into anything else."

This is the nature of games development. Failures arm developers with critical information and feedback that's used in future projects. These lessons are iterated upon in a foundational way ontop of the technical, in-engine work that goes into making sequels or new games and creates a strong framework for any game.