Nintendo Switch fans can rejoice as a Terraria will be soon be coming to the handheld console in only a few days. Venture the world of Terraria on the Switch on June 27th. 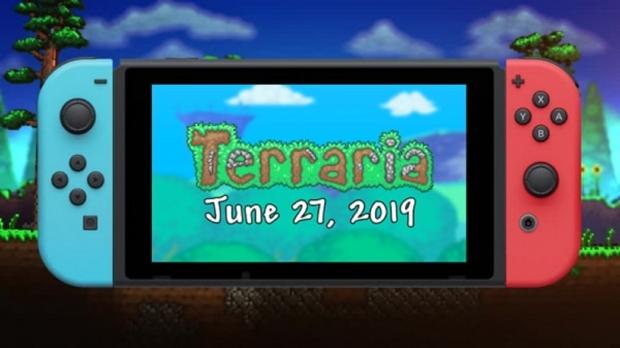 According to a recent forum announcement on the official Terraria website, the Nintendo Switch version of Terraria is due for an imminent release. The post reads as follows; "Terraria Switch will be live to the world for digital download in 2 days!" The post also mentions the physical release for the game, saying "It will take us a bit more time to get out the physical retail version, but until then we hope you will enjoy the full game available for download via Nintendo eShop".

To celebrate the launch on the Nintendo Switch, developers Re-Logic will be hosting daily events for prizes on their Discord channel. Prizes will also be given to fans who drop into content creator Twitch livestreams. For those who wish to attend an AMA meeting with Terraria Switch developer, Pipework Studios on their Discord at Wednesday June 26 at 12:00PM PST.