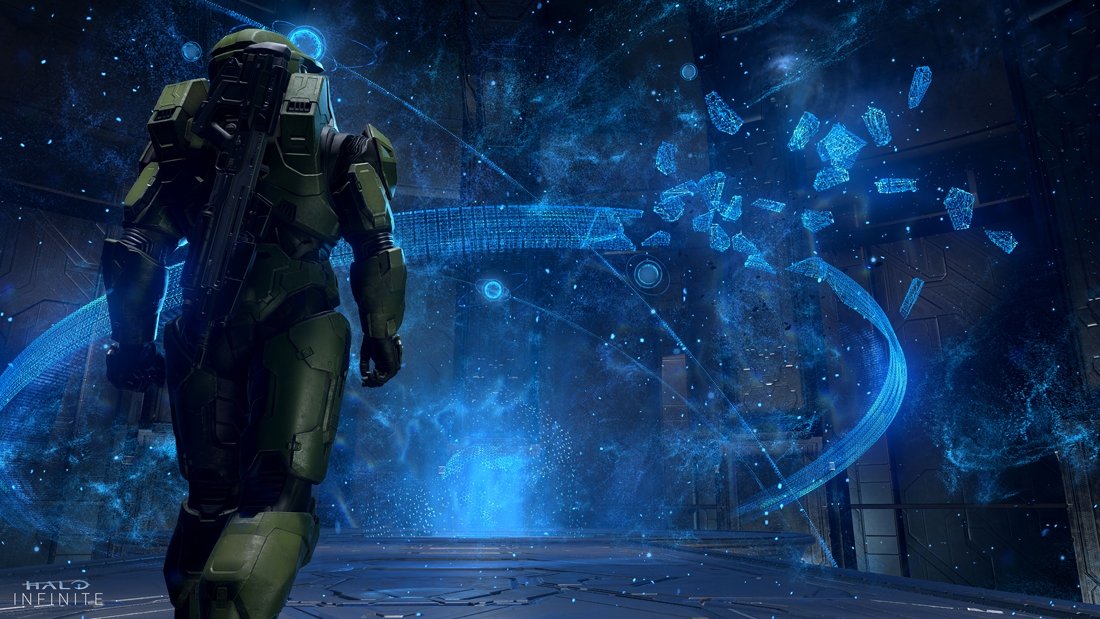 Although 343i didn't represent Halo: Infinite (aka Halo 6) very well at E3 2019, the studio is taking the game quite seriously. The Halo-makers are listening to fans and baking in core features and content everyone's wanted for a while now, including splitscreen co-op campaign and multiplayer gaming, LAN support to recreate those old-school OG Xbox Halo days of yore, and even adding black matte under armor for Spartan Mjolnir suits.

Now in a recent Halo community update, the studio re-iterates many of these features in a handy checklist:

But 343i's list is missing quite a bit of info. We actually know more about Halo: Infinite that's included in the studio's list. Here are more tidbits:

For instance, we know Halo: Infinite is built on hope and aims to re-create the wonder and mystery found in Combat Evolved.

We also know split-screen has been up and running since December 2018, and includes four-player chaos.

Halo: Infinite won't include a battle royale mode, 343i confirms, because it's too derivative and doesn't really fit what Halo is supposed to be.

The new Halo game also won't be fully developed by 343 Industries. The studio enlisted the help of Halo 5 Forge developer SkyBox to help with Infinite's work.

Halo: Infinite is being built with a brand new next-generation games engine called Slipspace. We may not see gameplay for a while because of the massive efforts 343i is putting into both the engine and the game.

Halo: Infinite will be heavily optimized for PC, complete with mouse and keyboard support and other specialized features. Both the PC and Xbox versions are being developed at the same time.

The new Halo could have an ongoing live campaign that continually delivers content over time, similar to a more in-depth and involved Spartan Ops.

Halo: Infinite will leverage the full might of Microsoft's next-gen Project Scarlett, and will be instrumental in its development over time.

That concludes our huge list of content for Halo: Infinite! The next-gen shooter is slated to release on Holiday 2020 alongside the new Project Scarlett console, but will also release simultaneously on PC.

And of course Halo 6 will be fully playable on every Xbox One console, from the 2013 launch model and the Xbox One S to the Xbox One X and Project Scarlett system.