Qualcomm will be unveiling its next-gen SoC in the coming months, with the Snapdragon 865 to reportedly arrive in two different variants: one with built-in 5G, and one without. According to Roland Quandt from WinFuture, the new Snapdragon 865 will enter mass production in the near future and that Qualcomm employees are calling it the next high-end SoC (SM8250). Quandt tweeted: "There are two variants: Kona + Huracan. Both with support for LPDDR5X RAM and UFS 3.0. One likely with, one without integrated 5G modem (SDX55) - I guess. Also no clue which is the one w/5G in it". 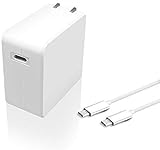