Nintendo has issued out the newest firmware update for their Nintendo Switch system. Don't worry, nothing major has been changed, in fact barely anything has been changed at all. 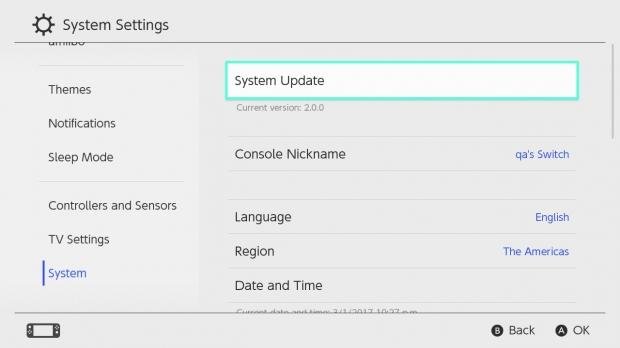 Nintendo has brought up the Nintendo Switch version to 8.1.0 and this time round The Big N hasn't added any new features, new additions or software to the system. Instead we just have "General system stability improvements to enhance the user's experience" which is quite standard to say the least.

It isn't really surprising that this system update is a small one considering the version 8.0.0 was a massive update filled with a bunch of new features and improvements, more information on that here. If you want to read up on the previous system updates, visit the official Nintendo website here.