Google Stadia's internet requirements aren't necessarily steep, but they might not be totally accurate either. 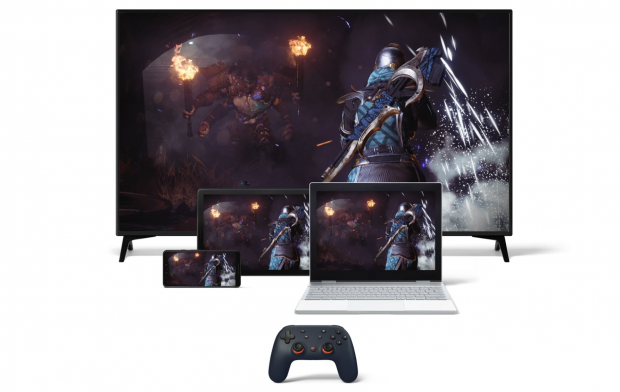 Google recently revealed the bandwidth requirements for its ambitious new Stadia game-streaming service, confirming some surprising results. The service has something for most types of internet speeds, and users with 5-10Mbps can skate by with 720p 60FPS gaming. Google says playing games at 4K 60FPS on its cloud-based service will require 35Mbps, whereas 1080p 60FPS will need at least a 20Mbps connection. 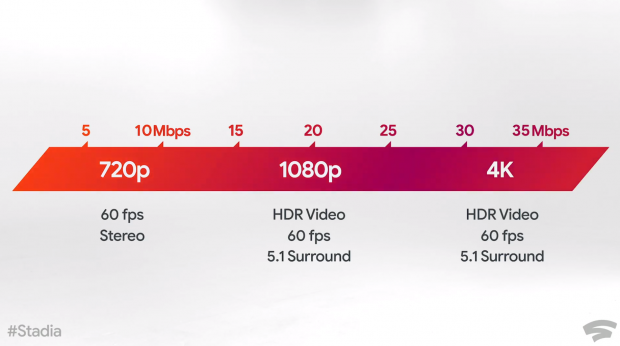 This sounds all good and well, but there's just one problem: Google's own Stadia speed testing site may not accurately gauge the full might of your connection. I saw lots of reports that Stadia's test site gave back wildly inaccurate readings, telling people their internet wasn't up to snuff irregardless of what other speed trackers said. I tested this out by running Speedtest.net and then a similar connection verification on Stadia's site. The results were pretty different.

First up the Speedtest.net results which say my network sits at 54Mbps download speeds via a wired ethernet connection directly to my PC.

Then we have Google Stadia's results, which say I'm running 28Mbps on the same type of connection. That's a big disparity. 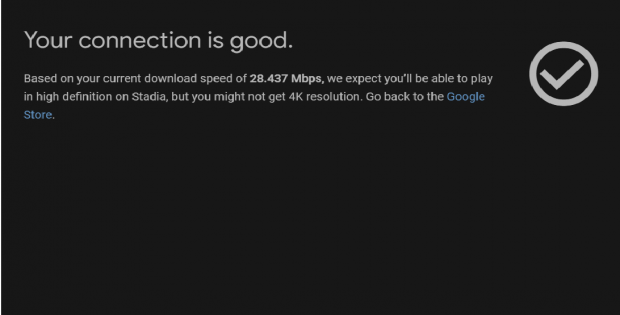 "The latency and speed demands of online gaming aren't far off from what we've been delivering for years. We handle the backend so you can play the games you want when you want on devices you own," Google's Phil Harrison said in a recent stream.

Honestly I don't see many people actually using Stadia for 4K 60FPS gaming anyway. According to some quick number-crunching from PC Gamer, Stadia could chew through 1TB of data in just 65 hours of play. Most users will probably stick to 1080p 60FPS so they don't absolutely annihilate their monthly data cap.

Google also talked about what devices are compatible with Stadia. Laptops and PCs running Google Chrome can natively play Stadia games right in the browser, but to play on a TV you'll need a Chromecast Ultra (about $70). When Stadia launches in 2019 it'll only run on Pixel 3 smartphones, too, but other devices will be rolled out soon.

As for games and content, Stadia has signed on some of the biggest publishers in the business. Huge titles like Destiny 2, The Division 2, Ghost Recon: Breakpoint, Assassin's Creed: Odyssey, Borderlands 3, Final Fantasy XV and Baldur's Gate 3 are all coming to the service.

There's a catch when it comes to games, though. Stadia will have a forked approach instead of just offering games in a set pool. It'll sell games a la carte and bundle them together in a $10-a-month Stadia Pro subscription.