Following up on the Kombat Pack that NetherRealm Studios has been teasing for Mortal Kombat 11, we have confirmation of four DLC fighters and speculation on two more.

The video that was released onto the PlayStation YouTube Channel also teased two more characters to be included within this Kombat Pack. The rumors and speculation are pointing towards two massive names - Ash Williams from Evil Dead and Arnold Schwarzenegger's Terminator. Ash Williams' inclusion seems to be more probable than Terminator, as you can hear the sound of a chainsaw at the end of the trailer and Ash Williams' actor, Bruce Campbell has also Tweeted out "Boy, looks like a swell game - I'll have to check it out!".

The Terminator speculation has less foundational probability as the rumors are derived from the music at the end of the trailer. It appears people have linked the sound heard at the end of the trailer to the soundtrack of the Terminator. I'm not quite sure how much legitimacy there is to this correlation, but I do know is that I would love to have the Terminator in Mortal Kombat 11. Especially if Schwarzenegger himself does the mo-capping and voice acting for the character. 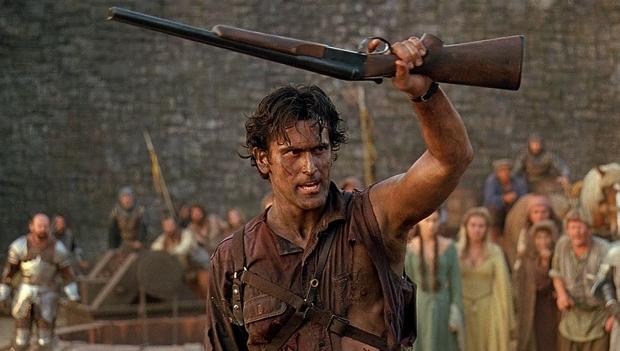