Phoenix Labs recently released their new title Dauntless earlier this week, and there is no doubt that the free-to-play title has taken off as an announcement has clocked in the player-base at 5 million.

For those that don't know, Dauntless takes the hunting of monsters, adds a free-to-play element, and allows for players to enjoy the action together across different platforms. Dauntless comes with true cross-play and cross-progression support across Xbox, PS4 and PC. Phoenix Labs are currently working on both a Nintendo Switch and mobile edition of Dauntless, so we can expect that sometime in the future.

Gameplay wise, players will take on the role of a Slayer and be pitted against invading monsters that will require strategic levels of gameplay and immense damage to take down. At the moment many players are reporting that the title is having trouble with matchmaking players together, Phoenix Labs acknowledged this a couple of days ago and is currently working on a resolution to the issue. If you are interested in more information about Dauntless, you can check out the official PC listing for title here. 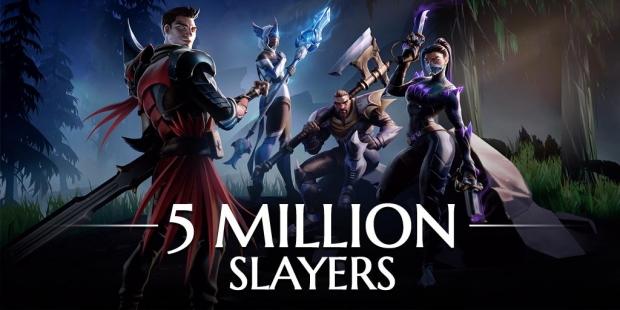