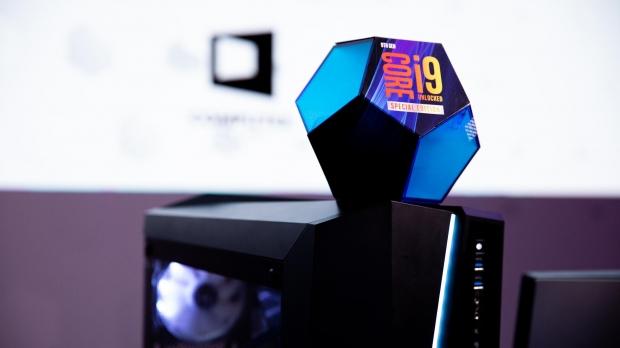 Intel's new Core i9-9900KS is virtually identical to teh current 8C/16T chip in the 9900K except the new variant rolls out with all-core boost clocks of 5GHz which is impressive. Intel will unveil more details of the Core i9-9900KS during its Computex 2019 keynote tomorrow, but they did confirm it will have a base clock of 4GHz (compared to 3.6GHz on the 9900K).

We can expect the TDP on the 9900KS to be freaking high -- something Intel isn't talking about now, but alongside the 8C/16T of processing power we have 16MB of L3 cache, GT2 graphics, and the same soldered IHS that was on the 9900K.

Once Intel officially details it tomorrow, we'll provide you with more information. Until then... what do you think? 5GHz all-core boost is mighty impressive, but is it enough to fan the flames of Zen 2 and the Ryzen 3000 series CPUs?