NVIDIA is reportedly working on suped-up GeForce RTX graphics cards with faster GDDR6 memory, with rumors suggesting a near 15% improvement in memory clocks from 14Gbps to 16Gbps, which would boost memory bandwidth as well. 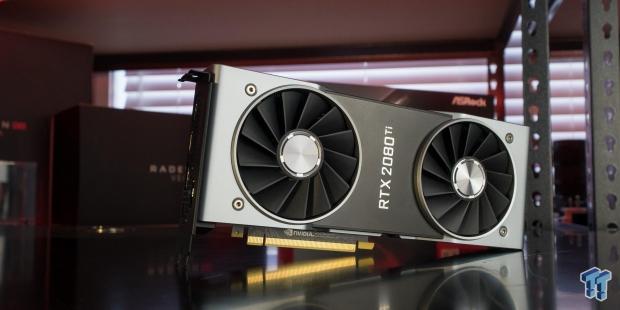 The new rumors are coming from RedGamingTech on YouTube, which if true would see NVIDIA releasing a new GeForce RTX 2080 with its 8GB of GDDR6 at 16Gbps resulting in 512GB/sec (from 448GB/sec on the original RTX 2080). NVIDIA will be needing to muscle up to fight AMD and its soon-to-be-released Navi-based Radeon RX 3000 series graphics cards, at least according to the new rumors. We are waiting for more details on Navi at AMD's upcoming Next Horizon Gaming event just before E3 2019.

What about GPU clocks? We could expect higher clocks on new GeForce RTX graphics cards that would replace the current price of the RTX 2070/2080 with higher-end versions of themselves, and then price drops of the current RTX 2070/2080 so they can compete with Navi.