Wolfenstein: Youngblood is the type of game that pulls in steady revenue while MachineGames crafts the next mainline sequel, and as such it's prioritizing long-term online play over strong story-driven singleplayer action. 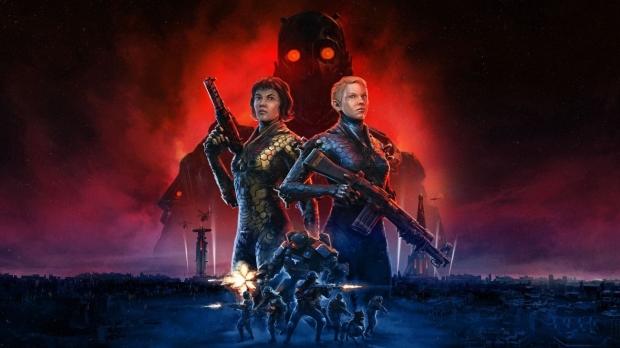 We've known for a while that the latest Wolfenstein game, a co-op based shooter called Youngblood, is a service game based around two things: monetization and engagement. Youngblood not only has optional skin-based microtransactions, but it features online co-op play with a friend and sports the kind of level design found in Dishonored games. This is apt because Arkane worked heavily on the project. These environments will foster more long-winded play time with emphasis on exploration alongside chaotic, Nazi-blasting combat.

Now MachineGames talks more about Youngblood's design, what it's meant to do, and how it'll expand over time with steady updates, challenges, and content drops, service-game style.

"I think players will see a lot of similarities to level design in the Dishonored games, so in that sense it can be a little bit different as an experience but it can be for the benefit of the game. Especially when it comes to finding different ways of approaching a combat scenario or a mission in general," MachineGames co-founder Jerk Gustafsson said in recent interview.

Story is predictably on the back-burner this time. Live games often dilute story elements in favor of repeatable action-based play, and Wolfenstein: Youngblood is no different. Sure it's set in a rad, Nazi-occupied 1980's with unique stylish flair and tells the tale of BJ Blazkowicz's twin badass daughters, but we shouldn't expect a ton of profound twists or turns.

Gameplay is the bread and butter for any live game. MachineGames knows this, and Youngblood will evolve with nifty stuff to do over time--all of which should be free thanks to microtransaction funding.

"Players will be able to stay in the game for a long time. We'll add additional side-missions and new challenges once the campaign is completed. There's a lot more activities and side-missions that you can do in Wolfenstein: Youngblood than in previous Wolfenstein games."

The new game sees Wolfenstein as the latest franchise folded into Bethesda's new experimental online-based business model--a strategy that should incorporate into all of its biggest IPs. The next up should be Doom...and I'm wondering if Doom: Eternal will have some sort of online hook too.