Square Enix have decided to release the final DLC for their recently released title Shadow of the Tomb Raider. The final DLC is called "The Path Home" and the soundtrack has been showcased in the below trailer.

The new DLC has dropped today and surprisingly enough Square Enix has decided to not show a gameplay or cinematic trailer for this DLC. Instead all we have to off of is the above soundtrack and the official description that Square Enix has provided. According to the description, the DLC will follow Lara and her journey to ancient tunnels through a "brand-new challenge tomb, which contains a secret that's been hidden for ages."

The brand new tomb for Shadow of the Tomb Raider players to enjoy is not the only thing included within this DLC. Players will also receive "The new Midnight Sentinel outfit, which enables longer focus and perception durations, and the Silver Strike bow, which causes arrows to penetrate enemy body armor or even pierce multiple unarmored enemies. In addition, the new Magic Touch skill allows Lara to consume fewer resources when crafting on the go." Shadow of the Tomb Raider is currently available on Xbox One, PS4 and PC. The Path Home DLC is currently available for purchase and download. 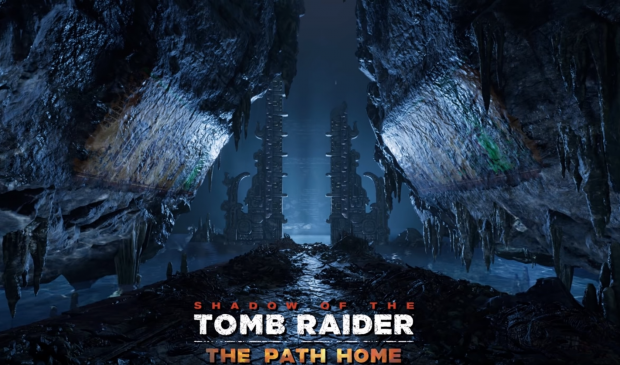